Paul Heyman – “What happens when the novelty that CM Punk’s back wears off?” 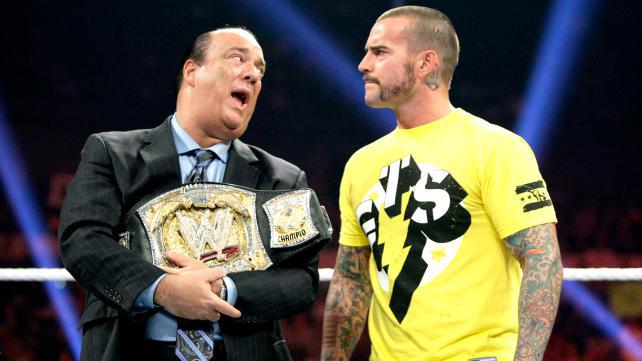 Last August, CM Punk shocked the wrestling world, as he made his return after a seven year exodus from the world he took over. Since then, many have shared their opinion of hi run in AEW from other wrestlers, fans and wrestling journalists. Now, a former ally of Punk’s have now shared his thoughts on his run in AEW and its future.

Paul Heyman (who stood by CM Punk during his record breaking 434 day reign as WWE Champion) was a part of The Masked Man Show, I which he spoke about Punk and focused on the effect Punk’s run will have after the aura of his return wares off.

“I think what will be interesting is, what happens when the novelty that he’s back wears off? Both for the audience and for him. I’m sure for him this is still like ‘I can’t believe I’m back! I’m actually walking into an arena, holy s–t. I think it’s still very fresh for him. What happens a year from now? How’s he going to feel? How will the audience look at him and accept him in a year? If he can continue to drive himself, to being a progressive, compelling, riveting character on the cutting edge that presents himself in a different manner than anyone else can present, then he’s going to be a fascinating character to watch.”

Could we see the aura of Punk’s return ware off and the fans turn against him?