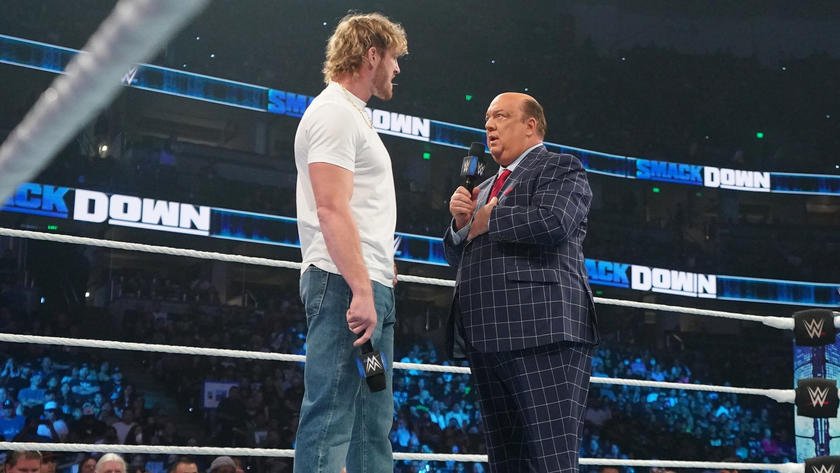 Paul Heyman has opened up on the upcoming Logan Paul vs Roman Reigns at Crown Jewel, claiming he wanted to have Logan in WWE since 2019.

Paul Heyman shocked the world when he alligned himself with Roman Reigns in 2020. After Heyman became his Special Counsel, Roman Reigns assembled ‘The Bloodline’ and moved on to become the biggest star in WWE today.

After outlasting many tough opponents during his record-breaking title reign, Roman Reigns is now set to defend his Undisputed WWE Universal Championship in the Kingdom of Saudi Arabia. For this next title defense, The Tribal Chief will be facing social media sensation Logan Paul.

During a recent interview with WWE’s Corey Graves at his After The Bell podcast, Paul Heyman has addressed on how he’s been wanting this match to happen for a few years now. Additionally, Heyman revealed he pitched the idea of having Logan in WWE back in 2019.

While addressing on this, he said: “When I was Executive Director of Raw, I had pitched Logan Paul to the then-Chairman Vince McMahon to get involved in a scenario that would then culminate in a SummerSlam or a Survivor Series or a Royal Rumble match.”

Heyman then moved on to explain that, since both Logan Paul and his brother Jake ‘got a lot of eyeballs into boxing’ with all of their presentations, it would be a ‘no-brainer decision’ to prevent this match from happening.

In addition to what he stated before, Paul Heyman reflected on how Logan Paul’s presence will seduce more fans into WWE’s sports entertainment product. When addressing on this, Heyman said:

“This is a chance to take Logan Paul’s audience and put those eyeballs on WWE, and more importantly on Roman Reigns, Paul Heyman, and The Bloodline. And of course the desire is to retain as many eyeballs as possible because we’re trying to seduce them onto our brand of entertainment.”

After signing with WWE in June and having wrestled only two matches with the company, Logan Paul will now be facing Roman Reigns for the Undisputed WWE Universal Championship tomorrow night, at the Crown Jewel PLE. Stay tuned to Wrestling Republic, as we’ll be posting our full review of the show.