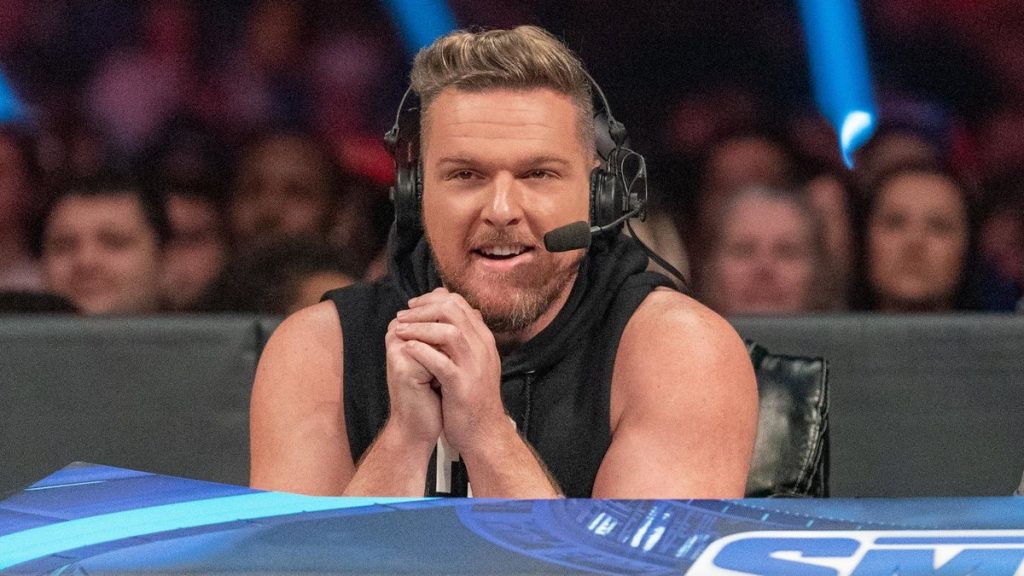 Pat McAfee is quite possibly one of the best characters on SmackDown due to his energetic personality on commentary. The former NFL punter is a natural on the mic and quickly became a fan favorite after he debuted.

Pat certainly brings life to every show he is on, but a particular event in September may not have this. McAfee interviewed UFC President Dana White on the most recent edition of The Pat McAfee Show.

During the interview, the UFC boss offered McAfee tickets to a fight card in Paris on September 3rd. This directly conflicts with WWE’s Clash at the Castle on the same date in Cardiff, Wales, at Principality Stadium.

McAfee didn’t seem to take this into account as he enthusiastically accepted White’s offer for his show. It could be that Pat forgot about the WWE event because it won’t be for another three months.

The show is only one date out of many in his WWE calendar, so he likely can’t remember them all. You can see the clip where they discuss the UFC Paris show below.

Clash at the Castle will be historic for WWE as it will be the first pay-per-view in the UK since 1992. The last time was SummerSlam, which was filmed in London and was main-evented by The British Bulldog and Bret Hart.

It’ll certainly be unfortunate if Pat can’t make it to the Wales event, but the show will be fine without him. It’s been reported that Roman Reigns will close out the show against Drew McIntyre for both the WWE and Universal Championships.

Their feud has been hotly anticipated for some time now as they are both SmackDown’s top stars.