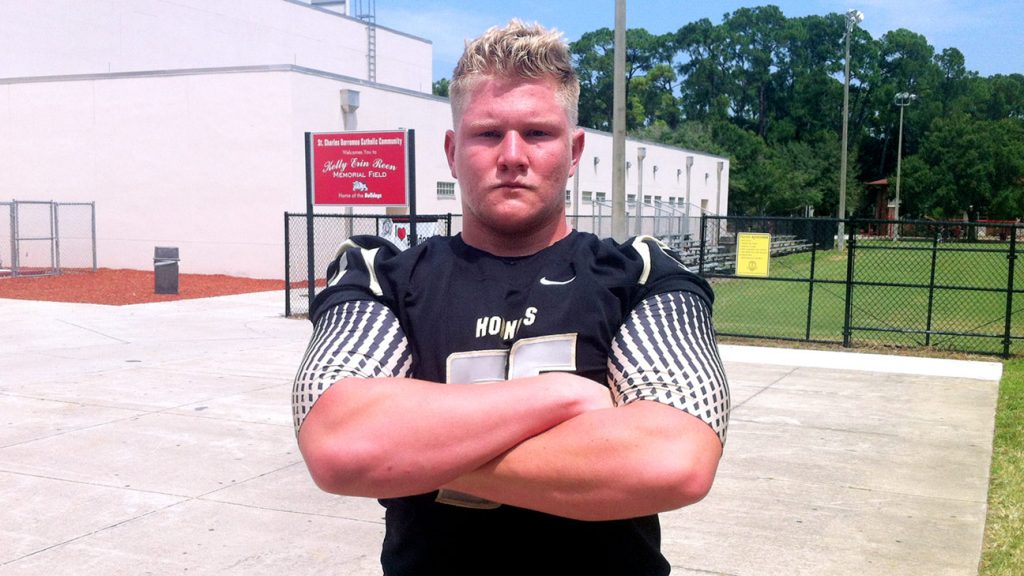 Recent WWE NXT signee Parker Boudreaux has been given a new ring name. According to a new report from wrestlingnews.co, the college football prospect turned pro-wrestler will now be known as ‘Gunnar Harland’.

Before his recent signing with the company in early February of this year, Boudreaux played college football for The University of Central Florida. News first broke in January that the 23 year old offensive lineman was set to leave the UCF Knights’ to pursue a career in pro wrestling. Following the news of Boudreaux’s signing, many personalities within the pro-wrestling ecosphere compared the crossover athlete to a young Brock Lesnar.

Whilst it remains to be seen what exactly Boudreaux’s involvement with the company will be at this present time, there has been speculation that the former college football athlete will be involved with the revamped NXT brand which will be spear-headed and produced by Vince McMahon and Bruce Pritchard.

Make sure to follow Wrestling Republic on all social media platforms and visit our website for further updates on future plans with NXT 2.0 and Parker Boudreaux’s future.