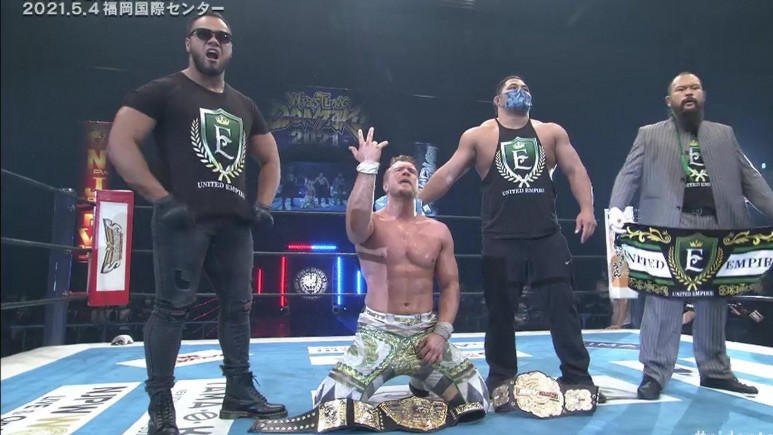 On Night Two of NJPW’s Wrestling Dontaku show, Will Ospreay retained his IWGP World Heavyweight Championship, against rival Shingo Takagi, in an instant classic which has been universally praised across social media this morning.

The two previously met in the Best Of Super Jr Final back in 2019 in an encounter which to many people was the best NJPW match of the entire year, however some fans are already claiming this mornings battle surpassed that!

More recently the two met in the G1 Climax last year, which saw Shingo take the victory, as well as in the NJ Cup earlier this year, where Will Ospreay of course got his revenge and went on to defeat Kota Ibushi to win the IWGP World Heavyweight Championship.

Tonights match saw both Ospreay and Shingo beat the living hell out of each other in a match nobody will be quick to forget. The two somehow managed to come close, or possibly even top their 2019 BOSJ match, in a battle filled with several unique spots, extreme emotion, and phenomenal in ring psychology. Wrestling Republic award the match the prestigious 5 Star Rating