Original Plans for Diamond Mine With Released Superstars 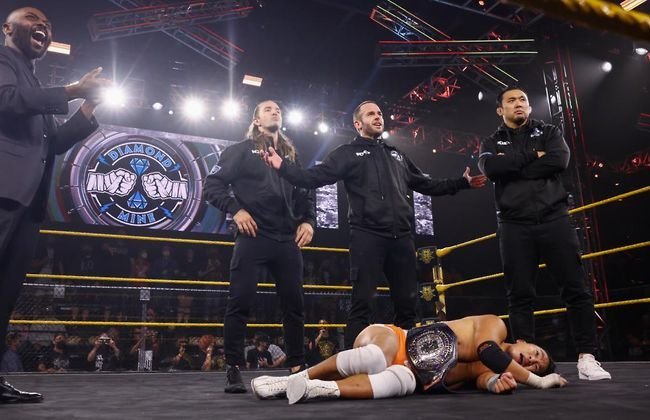 The Diamond Mine group made their WWE NXT debut a couple of nights ago, following the main event between Kyle O’Reilly and Kushida, after months of building.

The Diamond Mine group also looks to have a spokesman in the shape of Malcolm Bivens, who has been working with Tyler Rust in NXT for quite some time now, despite neither being seen on television recently.

WWE dismissed 14 wrestlers on Friday, including two who were supposed to be part of the Diamond Mine team.

Diamond Mine had been prepared months in advance, according to Fightful Select (Subscription Required), and there were innovative ideas for Arturo Ruas and Marina Shafir to be a member of that faction.

Ruas was scheduled to make his debut with the Diamond Mine group until mid-June, but he was told a few days ahead of time that his plans had altered.

Marina Shafir was also supposed to be engaged as a “female enforcer” of sorts, and many NXT fans were under the assumption that this would still happen whenever they appeared, but at a later time.

Shafir joined WWE in May 2018, but never had a major run with the company. She last competed on WWE 205 Live on January 29, partnering with Zoey Stark in a tournament match for the NXT Women’s Dusty Rhodes Tag Team Classic, losing to Ember Moon and Shotzi Blackheart.