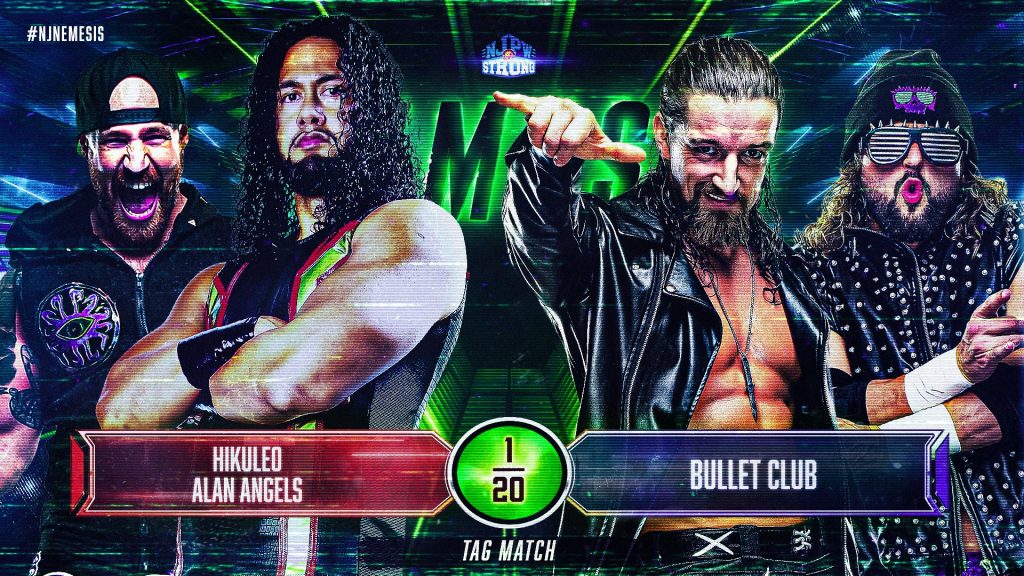 New Japan Pro-Wrestling has been doing some awesome work with their events lately. With the NJPW World & Super Junior Tag League taking place in Japan, the promotion has also been very active with their NJPW STRONG events in the USA.

Additionally, NJPW had also announced the hosting of the NJPW STRONG Nemesis event, which will take place from The Vermont Hollywood this upcoming December 12th.

However, with many fans looking forward to this event, NJPW has now taken to social media to announce the official matchcard for NJPW STRONG Nemesis. Via Twitter, the NJPW of America official account announced the following matches for the event:

Please keep in mind that NJPW could still make some changes to the card within the next few weeks. Additionally, you can follow the NJPW of America Twitter acount for more information about ticket sales and stuff.

Where Can You Watch NJPW STRONG Nemesis?

Fans will be able to watch NJPW STRONG Nemesis -and every other NJPW STRONG event- on the promotion’s official streaming platform, NJPW World.

You can also stay tuned to Wrestling Republic, since we’ll be covering the complete results of NJPW STRONG Nemesis and updating you with everything you need to know about NJPW and Japanese Wrestling.