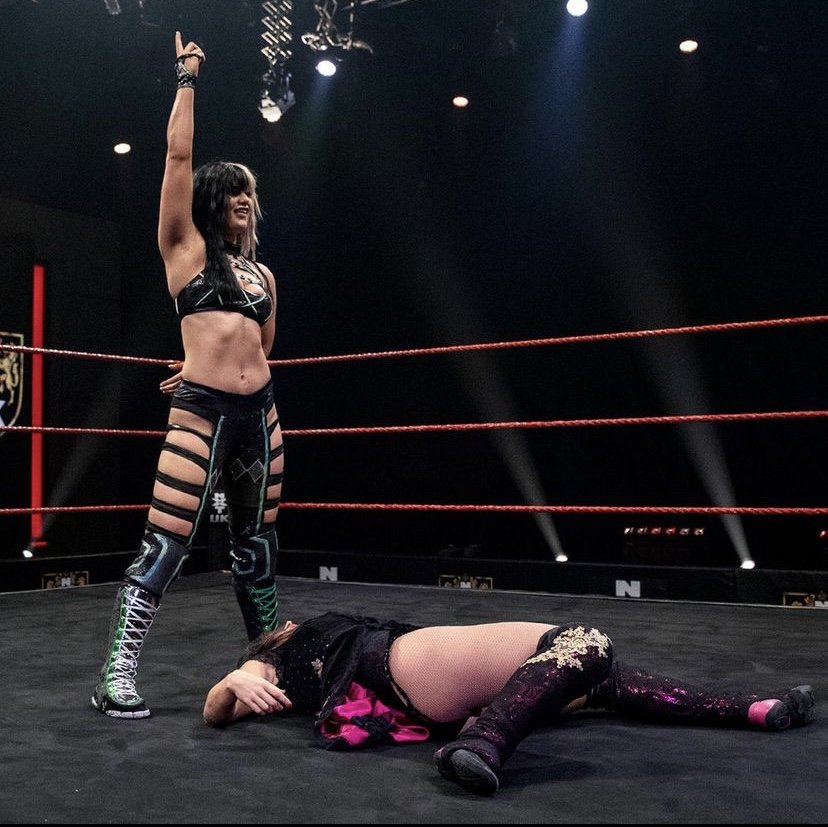 GOOD: Blair Davenport was supposed to go one on one with Nina Samuels, but Davenport attacked her before the match and when refs and Sid Scala came out to stop her, she then attacked Scala. This was really good because it helped showcase her as a real threat in the division.

AVERAGE: Jack Starz & Dan Mastiff defeated Dan Maloney & Andy Wild in a match that felt like it went a little too long and was a tad boring at times.

GOOD: Emilia McKenzie defeated Amale after a very good back and forth match which made both women look good.

GREAT: An awesome package for Sam Gradwell v Wolfgang for next weeks episode was shown where they talked about their hatred for each other and why each of them think they will advance in the Heritage Cup Tournament.

GREAT: Teoman defeated Nathan Frazer to advance in the NXT UK Heritage Cup Championship Tournament in a great match two falls to one. The match really picked up in the last couple minutes and both men looked awesome in it.

Overall, this was not one of the best weekly shows for the NXT UK brand, but it was still entertaining enough to be considering good. The first two matches were nothing overly special, but the opener where Davenport looked like a legit threat, rocked. The main event felt just decent in the beginning but as the match went on, it definitely picked up.