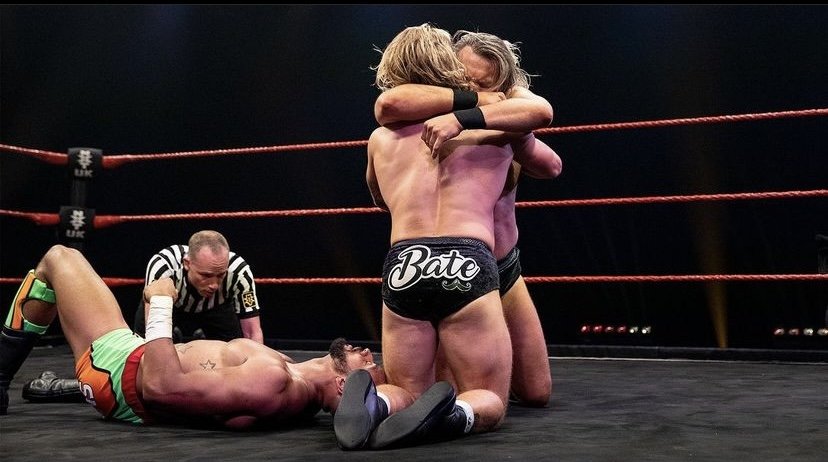 GOOD: Jinny was in the gym for an interview and saw Emelia Mckenzie training with Meiko Satomura & Jinny walked over to Mckenzie and told her that no one cares about her and she needs to stop trying to be so close to Satomura. Mckenzie said she didn’t care what Jinny thinks of her & Jinny said she will make Mckenzie care about her opponent.

GOOD: Dani Luna defeated Xia Brookside in a pretty good match. This match was surrounded around whether Luna’s power or Brookside’s speed would win.

GREAT: A promo package showed everything Blair Davenport had done and all the problems she had caused the past month or so she has been in NXT UK & once it ended, Stevie Turner barged into Sid Scala’s office and demanded that Davenport be reinstated and said she wants a match with her. This was awesome & everything NXT UK has done with Davenport has worked perfectly.

GREAT: Charlie Dempsey defeated Josh Morrell in a back and forth match that was way better than expected, especially considering it was not advertised much ahead of time. This was Dempsey’s debut under the new name & it was very impressive.

GREAT: Ilja Dragunov and A-Kid had a face to face meeting where they discussed their upcoming championship match. A-Kid said he understands Dragunov because he wants to create a legacy, just like Dragunov. Dragunov said that he just beat the most dominant champion. Dragunov said A-Kid cannot compare himself to Ilja. A-Kid said that the past year Dragunov has made a lot of mistakes, like losing his temper and he will take advantage of those mistakes. Dragunov said that the title needs the struggle and the will for someone to carry it. Dragunov told A-Kid that that he is just a kid. They shook hands at the end, this was put together wonderfully.

GREAT: A great promo package was shown for Noam Dar v Wolfgang where they each said they were going to beat the other. NXT UK’s promo packages are always so professional.

GREAT: Joe Coffey defeated Jordan Devlin in, yet another, great main event for the NXT UK brand after having help from his fellow Gallus stablemates. It was weird that the faces in the match felt the need to cheat, but overall the match worked great.

Overall, this was a pretty good episode of NXT UK, which did not have any match that was less than good. The opening tag match proved once again why Mustache Mountain are one of the best teams on the planet. The Blair Davenport story continues to be very intriguing and the debut of Charlie Dempsey was very impressive.