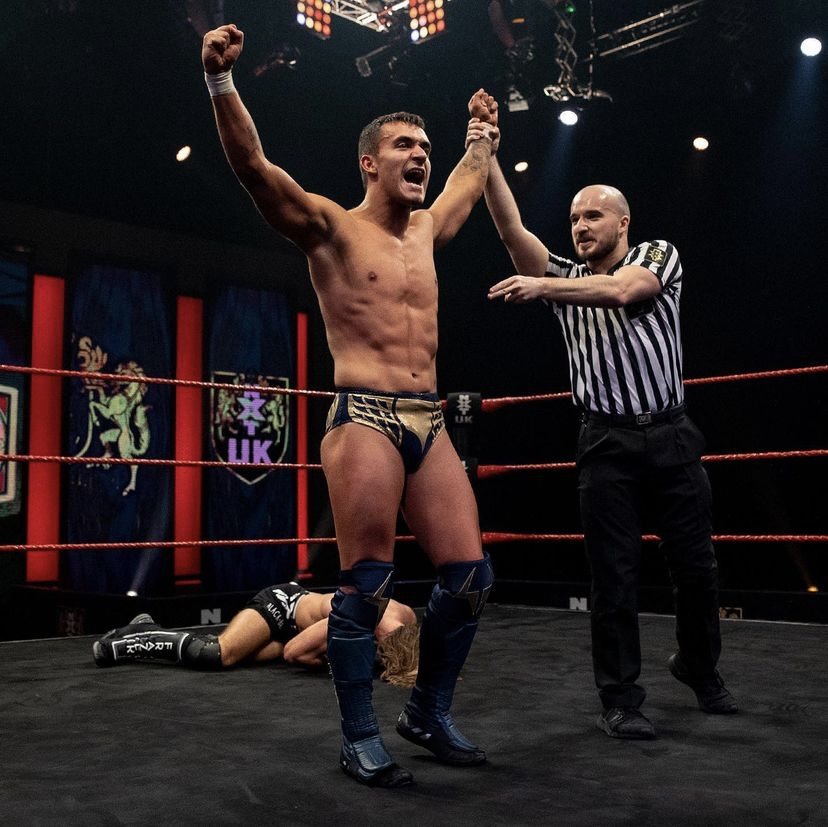 AVERAGE: Wolfgang defeated Teoman two falls to one to advance to the finals in the Heritage Cup Tournament. This was a decent match, but the two didn’t have great chemistry.

GOOD: When they came back from break, Gallus was seen celebrating the win in Jordan Devlin’s room & when Devlin tried to get in they kept him out and he stated he was going to Johnny Saint. This was good and funny.

AVERAGE: Jinny defeated Isla Dawn in a match which was slightly messy at times, but overall, was fine.

GOOD: Subculture was backstage in the gym & Flash Morgan Webster and Mark Andrews were asked about Dani Lina’s strength & they said that she is the strongest woman on the roster. Xia Brookside walked up to them & challenged her to a match and said that speed will beat strength. This was good.

MUST WATCH: A-Kid defeated Rampage Brown & Nathan Frazer in an absolute banger of a main event. The fact that A-Kid and Frazer worked together during this match due to Brown being larger & Brown attempting to use his strength meant that the psychology was phenomenal, as was the actual in ring action.

Result – A Kid Wins By Pinfall