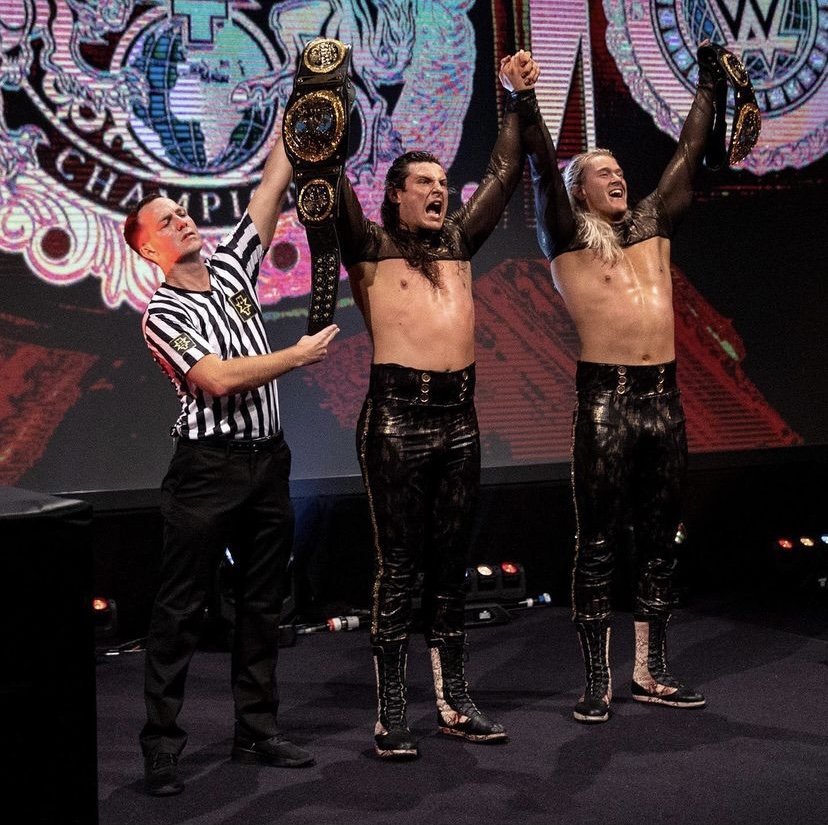 GREAT: Noam Dar defeated Kenny Williams two falls to one to advance to the finals of the NXT UK Heritage Cup Championship Number One Contender’s  tournament. This match had a rare heel vs heel dynamic, but both played their part well & the match ended up very good.

GOOD: An interview with Sid Scala and Ilja Dragunov began with Scala introducing Dragunov on a screen. He said that for the first time in a long time he is happy and he cannot wait to come back to the United Kingdom. He said the most interesting question he has is, who will be the person trying to take the title from him. Nathan Fraser’s music then hits & says he wouldn’t normally do this but he wants to be Dragunov’s first challenger. Rampage Brown’s music then hits & says everyone saw what he did to Joe Coffey, so he should get the shot. A-Kid then came out & said he deserves the shot at Dragunov. He said Dragunov helped him realize he has no limits & he’s willing to do whatever he can to be the first challenger. Scala then booked a triple threat match between the three to determine the number one contender. The three then brawled for a bit with Brown coming out on top. This was very enjoyable & any of these match ups look great.

GOOD: Emelia Mckenzie defeated Stevie Turner after a very good back and forth match.

GOOD: A video package for Wolfgang vs Teoman showed. They hyped up their match next week & Wolfgang told Teoman he wants both of their “families to stay in the back.”

GOOD: A quick promo package for a man named Charlie Dempsey played where he said he’s not going to do many flips and he’s going to show people something they haven’t seen before. This looked promising.

MUST WATCH: Pretty Deadly defeated Gallus to retain the NXT UK Tag Team Championships in an awesome match. The psychology in this match & Pretty Deadly’s use of the five count helped add a lot of drama to this match.

Overall, this was a very good show, mostly because all three matches received enough time to create the stories that they needed to. NXT UK still has the best weekly main events, for the most part, with an absolutely brilliant tag team match showing why Pretty Deadly are possibly the best tag team champions on the planet.