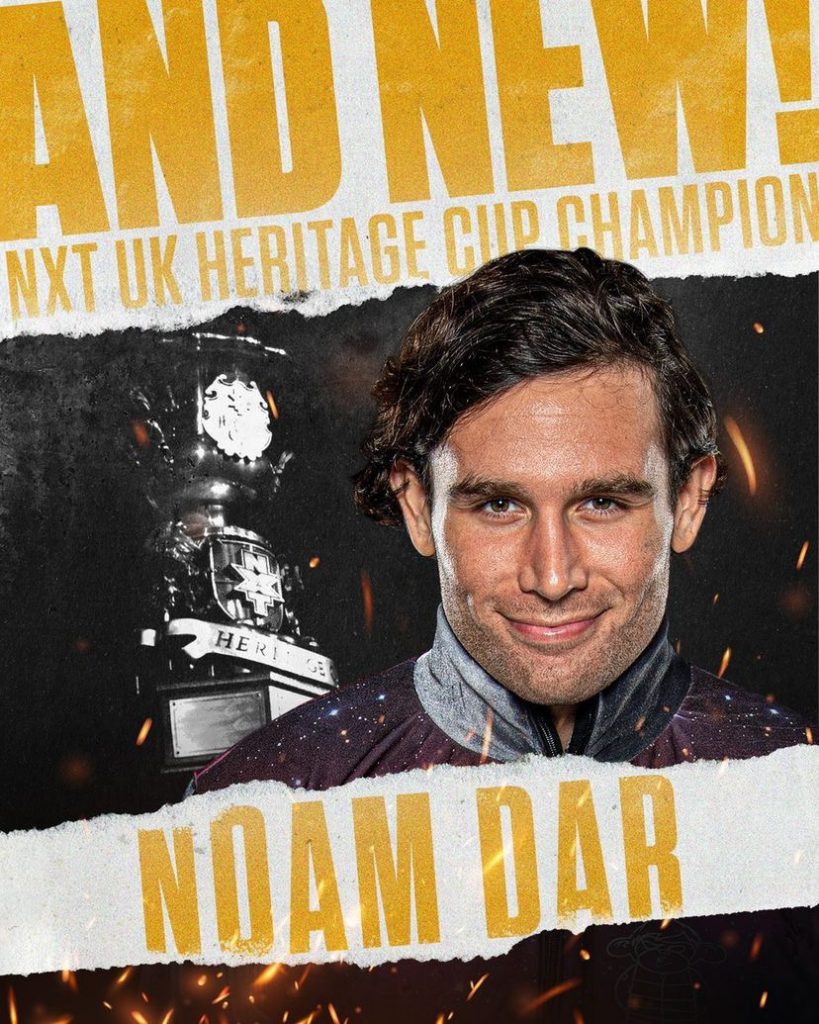 AVERAGE: Mark Coffey defeated Rohan Raja in an alright match which felt a little slow at times, but was good enough to make both men look good.

GOOD: After the match, Teoman & Raja beat up Coffey & Wolfgang until officials broke them up. Teoman attacking Gallus after made sense considering Raja lost.

GOOD: A promo package for Meiko Satomura v Jinny’s championship match next week showed & this was very good as almost all NXT UK packages are.

MUST WATCH: Noam Dar defeated Tyler Bate two falls to one to win the Heritage Cuo Championship. This felt like a big deal because this was Dar’s first championship he has won since signing to WWE in 2016. Everything about this match was enjoyable and the way in which Pretty Deadly cost Bate the match was genius. Really great stuff from both men.

Overall, this show was easy to watch. When NXT UK has a big main event that is sure to deliver, the undercard can be a bit weak, which was the case here. The first two matches were nothing special, but once you get past those, the rest of the show is awesome. Dar rightfully deserves to bee appreciated for all his hard work these past five years.