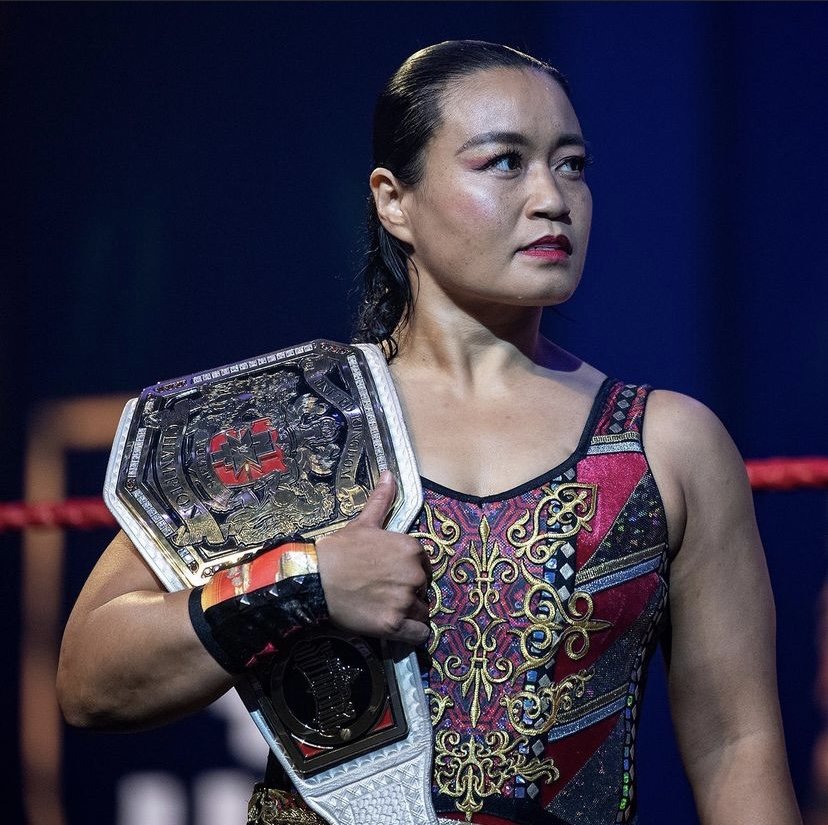 GOOD: Tyler Bate was asked backstage about his loss last week & Trent Seven ran up to Bate & apologized for costing Bate last week. Bate forgave him & Seven said he spoke to NXT UK GM Johnny Saint & got them in the tag team championship number one contender’s match next week.

GOOD: Sid Scala was shown backstage where he was asked if he is looking forward to the Women’s championship match later, where he said of course. Xia Brookside then came in & requested a championship match with whoever wins the main event. Scala declined due to Brookside being on a losing streak. She then became upset and called her father & famous pro wrestler, Robbie Brookside. She seems to be showing a potential heel turn & considering there was nothing for her to do as a face, this may work.

GREAT: NXT UK Champion Ilja Dragunov came to the ring & began cutting a promo. He said that he is a champion. He said the feeling he has of overcoming what people didn’t think he could overcome and seeing his son watch his father as a champion is indescribable. Dragunov then said no weakness is relevant if you put everything you have into your strengths. Dragunov said he’s ready to put NXT UK on another level & he will step into the ring and fight like his life depends on it. Dragunov said he needs next level competitors like A-Kid. He said A-Kid pushed him & as he ended the promo, Rampage Brown’s music hit. Brown said the two of them have unfinished business & he would love to be the next man to fight Dragunov for the title. Dragunov said he respects him & it sounds like a great idea. Brown then clotheslined Dragunov & said he doesn’t need Dragunov’s respect, he just needs the title. This was great & seemed like a heel turn.

MUST WATCH: Meiko Satomura defeated Jinny to retain the NXT UK Women’s Championship in an absolutely spectacular match. This has perfect psychology and many believable near falls resulting in one of the best Women’s matches for NXT UK and WWE this year.

Overall, this was an entertaining show, with a bumpy middle. The first match was easy to watch and was good. The main event was awesome and the middle match was just mid. Rampage and Xia’s heel turns have been brewing for some time and hopefully they work out in the long run.