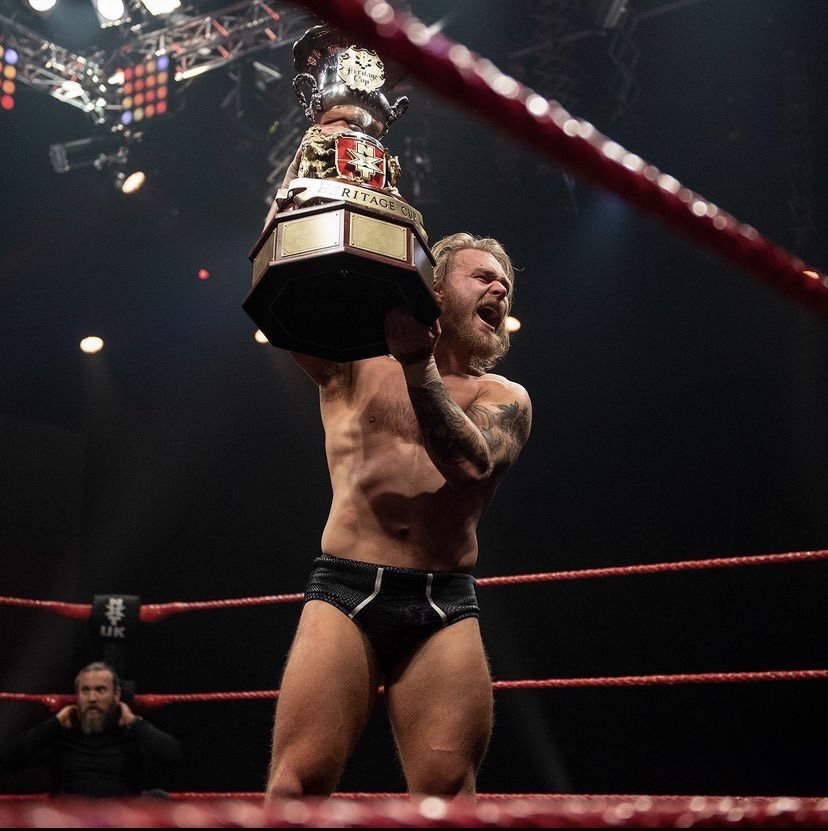 Coming out of last week, which was a semi disappointing episode with no great in ring action, this week looks to up that as Tyler Bate takes on A-Kid for the Heritage Cup.

AVERAGE: Rampage Brown defeated Wolfgang in a decent match to open the show as part of the friendly rivalry between Brown and Gallus.

GREAT: An awesome video package was shown for Aoife Valkyrie, who hasn’t been seen since her undefeated streak was ended by Meiko Satomura. This was about her growing and not giving up.

AVERAGE: Amale defeated Xia Brookside in an alright match which didn’t make either girl look better than before the match.

GREAT: SPRNVA Sessions with Ilja Dragunov hosted by Noam Dar started with Dar saying he wanted to help Dragunov work through his demons & he welcomed him to SPRNVA Spa. Dar asked him where his aggression came from, Dragunov said he lost something from the match with WALTER & he feels a pain and a suffering from it which is why people who have stood in his way have suffered. Dragunov said he’s not an angry person anymore. Dar didn’t believe him & he gave Dragunov a stuffed therapy dog. Dragunov told Dar he is a clown and the show is a circus. Dragunov said that he will hurt Dar if he triggers him. Dar told Dragunov he knows he is scared of WALTER and him. Dragunov took the therapy dog and walked away. This was hilarious and built the possible feud great.

PERFECT: Tyler Bate defeated A-Kid in such a well-worked, physical, intense & amazing match to become the new Heritage Cup Champion. This match was held under Heritage Cup Rules which means there are 6 Rounds & the first person to two falls wins, unless there are no falls scored, or the first fall is scored in the sixth round. The first two rounds were very technical based and neither man wanted to make any sort of a mistake that might cost them, considering coming into the match they were tied at one matcha piece. As the rounds went on, the action became more and more physical and brutal. This all led to Bate using a roll up to pin and shock A-Kid. Fantastic showing from both men, neither man looked less than the other.

This was a very easy too watch show highlighted by a 5 Star main event between two amazing performers who, even though they are very young, have shown how outstanding they are. The Gallus and Rampage Brown feud has been good as well.