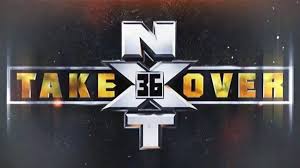 NXT Takeover 36. What a better way to end one of the biggest wrestling weekends in the year than with what’s argued by many as WWE’s best product. Coming off hot the heels of CM Punk’s return to wrestling on Rampage 2 nights ago and SummerSlam last night, let’s see what NXT can do, to end the weekend.

GREAT: To open the show, we got the current Million Dollar Champion, LA Knight, defending his title against his butler, Cameron Grimes. Should Grimes lose this match, then he is free of his butler duties, but “The Million Dollar Man” Ted DiBiase must become Knight’s new Butler. The bell rings, and Grimes takes control early on. He takes the fight to the outside where he continues to beat down Knight thanks to a little help from Ted DiBiase. Knight took control for a while, before Grimes hit a big kick to Knight on the outside. While the ref was distracted looking at Grimes, DiBiase attacked LA Knight outside the ring and rolled him back in the ring.  Grimes hit Cave In for the victory, winning the Million Dollar Championship in the process.

GREAT: Women’s action was up next, as Raquel Gonzalez defended her NXT Women’s Championship against her former tag team partner and friend, Dakota Kai. Raquel got control pretty early on, and stayed in control for a while. Dakota Kai got some momentum in, reversing a chingona bomb into an armbar. Raquel escaped and two continued to go back and fourth, before eventual, Raquel hit a chingona bomb off the top rope to successful defend her title.

GOOD: After the match, former NXT UK Women’s Champion Kay Lee Ray showed up and stared down Raquel Gonzalez. It was nothing super duper special and excited, but it definitely set up a future match between the two.

PERFECT: What a match this was. The third match up, and quite possibly Match of the Night, was Walter defending his NXT United Kingdom Championship against Ilja Dragunov. This was the pay-off to one of, if not the best non-main roster rivalries ever. Walter took control very early on, hitting moves like chops, powerbombs, and even a huge big boot at one point. But after the big boot, Dragunov came back, and hit Walter with a german suplex before connecting with a Torpedo Moscow, nearly getting the victory. Dragunov then locked in a sleeper hold, not once, but twice. Each time Walter escaped, Ilja was not happy about this and he absolutely unloaded on The Ring General. He locked in the sleeper hold one more causing WALTER TO TAP OUT, ENDING HIS HISTORIC 870 DAY REIGN AS NXT UNITED KINGDOM CHAMPION! What. A. Match.

MUST WATCH: Next up we got the long awaited 2 out of 3 falls match between Kyle O’Reilly and Adam Cole. With the first fall being just a normal 1v1 match, this was about as basic as it gets, nothing special happened, but it was good. Kyle O’Reilly won fall #1 after reversing a Panama Sunrise with a leverage pin.

Fall #2 comes around, and this time we have a street fight. This is where the action really started to pick up. We had chairs, kendo sticks, trash cans, heck, we even had metal chains, but most importantly we had two dudes with attitude who had no intent on using the foreign objects how they were originally intended to be used. After some really close 2 counts, Adam Cole was laid across two chairs sitting upright. Kyle O’Reilly went up to the top rope, dove off, and as he was in the air, Cole moved causing Kyle to land spine first (ouch) on top of both chair. This cause Cole to follow up with a Last Shot, winning Fall #2.

Fall #3 approached, whoever won this one, would be true winner of “The Undisputed Finale”. As the steel cage lowered, Cole attacked O’Reilly, throwing him out of the ring. Before doctors could check on him, Cole threw him back into the ring, and the cage finished lowering. Fall #3 begins. Cole started off strong in this one, as Kyle had not only been attacked before this fall, but also had gotten a rib injury during Fall #1. At one point though, Adam Cole actually got handcuffs and he cuffed Kyle O’Reilly to the ring ropes. Instead of escaping, Adam Cole began to kick the chuffed Kyle O’Reilly. Then out of nowhere Kyle reversed. He had Adam Cole’s leg all twisted and wrapped up all with arm. Kyle O’Reilly’s sudden boost of strength overwhelmed Adam Cole, as he tapped out causing Kyle to win the match 2 falls to 1.

GREAT: In the main event we saw Karrion Kross defend his NXT Championship against, Samoa Joe. The match was the definition of “Big men slapping each other”. Then Kross started tossing Joe around, before Joe started Kross around. Then Joe got caught by Kross, and was hit with the Doomsday Device. Luckily though, Joe mustered up the strength to kick out at 2 and a half. The match ended, with Joe being able to get the upperhand on Kross, hitting him a Muscle Buster and pinning him for the 3 count, winning the NXT Championship.

NXT Takeover 36 was awesome. Almost everything from top to bottom was near perfect, with all the matches being more than watchable. Walter/Dragunov may just be Match of the Year, not just for NXT, but for wrestling in general. If NXT can keep this momentum going, they can certainly turn themselves around for the better over the next few weeks.