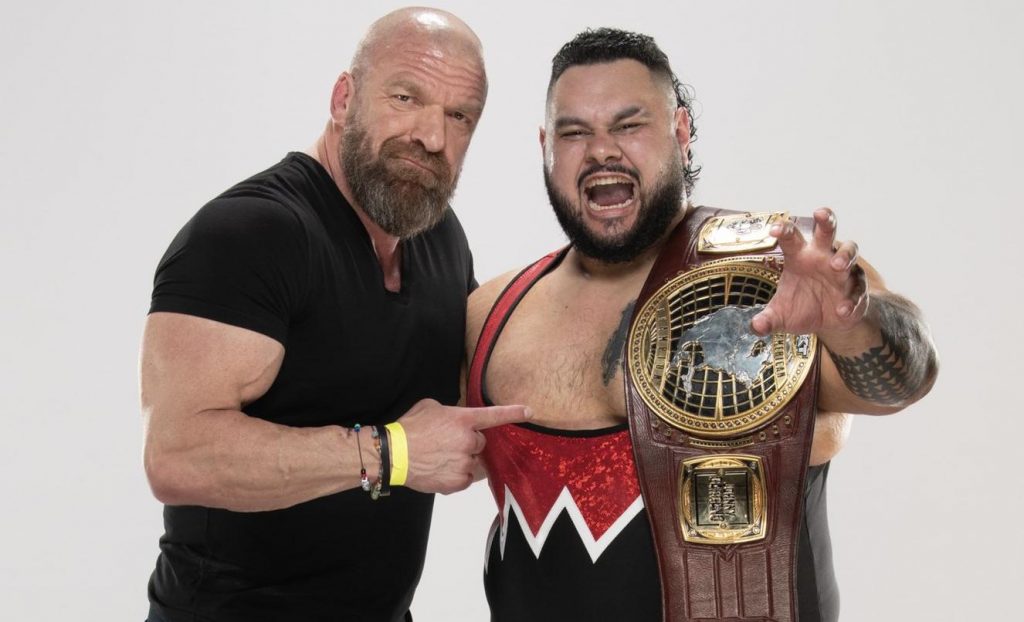 According to a podcast hosted by Denise Salcedo of “TheSportster”, Bronson Reed is all for interacting with the famous Samoan bloodline, led by Universal Champion Roman Reigns.

“For the time being, I am still in NXT and I love being in NXT”, Bronson ‘Colossal’ Reed stated (H/T Denise Salcedo), “I wanna be on Royal Rumble, I wanna be on SummerSlam, I wanna have my Wrestlemania moment. So to be able to do that, you have to be on Raw or Smackdown.”

Although there is no confirmed answer on the topic, Reed has teased the possibility of him working with the Soman Bloodline of Roman Reigns, Jey, and Jimmy Uso.

“Well, I think a lot of people online fantasy book that”, Reed says (H/T Denice Salcedo), “I would not be against aligning myself with those guys. I’ve met them, they are someone that I feel I can definitely work with, but at the same time, I wouldn’t be against fighting those guys as well.”

If the big colossal Bronson Reed does eventually get called up to the main roster, he would be one of a string of surprises for live audiences. Both Raw and Smackdown have gotten significant call ups to their roster, with Raw receiving NXT Champion Karrion Cross, and Smackdown getting Shotzi and Knox. Bronson Reed’s debut would definitely be a prominent one.