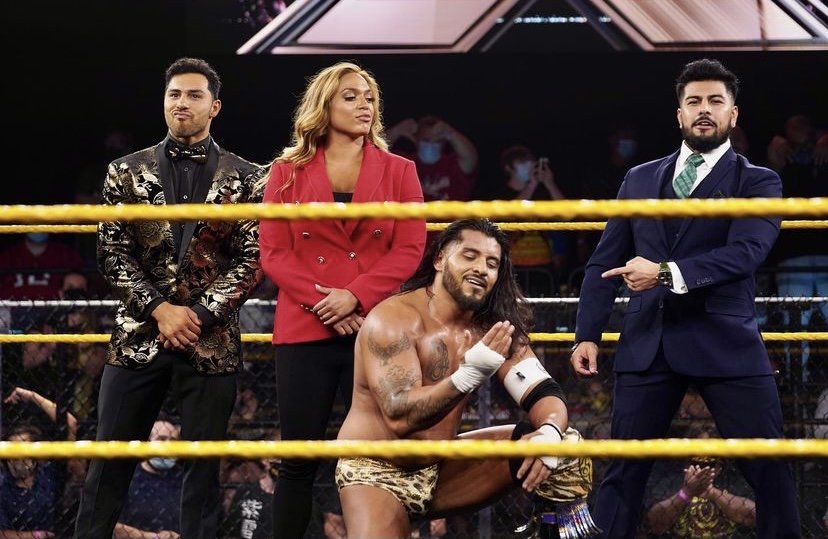 BAD: The Bachelorette Party was next & Indi Hartwell gave a speech about how much it means to have all her friends at her party. Candice then got up & said she didn’t like Dexter at first but then she saw how much Indi means to him. This was not entertaining, the only okay part was Kacy and Kayden’s line about tiktok.

AVERAGE: Santos Escobar defeated Carmelo Hayes in a pretty decent match that had a finish that was not very good.

MUST WATCH: The Bachelor party was shown & the entire time Dexter was trying to worm his way into Garganos heart & it worked by the end. This was very entertaining.

SATISFACTORY SQUASH: Mei Ying defeated a jobber in a squash match that didn’t show much of Ying.

GREAT: After the match, Ridge Holland & Pete Dunne who were aligned with One Two proceeded to end the faction and beat them up. This was great & Dunne and Holland looked a very tough team.

Overall, this was a pretty good episode of NXT that was headlined by two fun tag team championship matches. One squash match was awesome and got the crowd engaged and one was very underwhelming. The opening match was a wonderful way to open up the show and the bachelor party was absolutely hilarious. The Match between Escobar and Hayes was slightly ruined by a bad finish and the bachelorette party was not entertaining. As the last episode of the black and yellow era, this was a very strange watch.