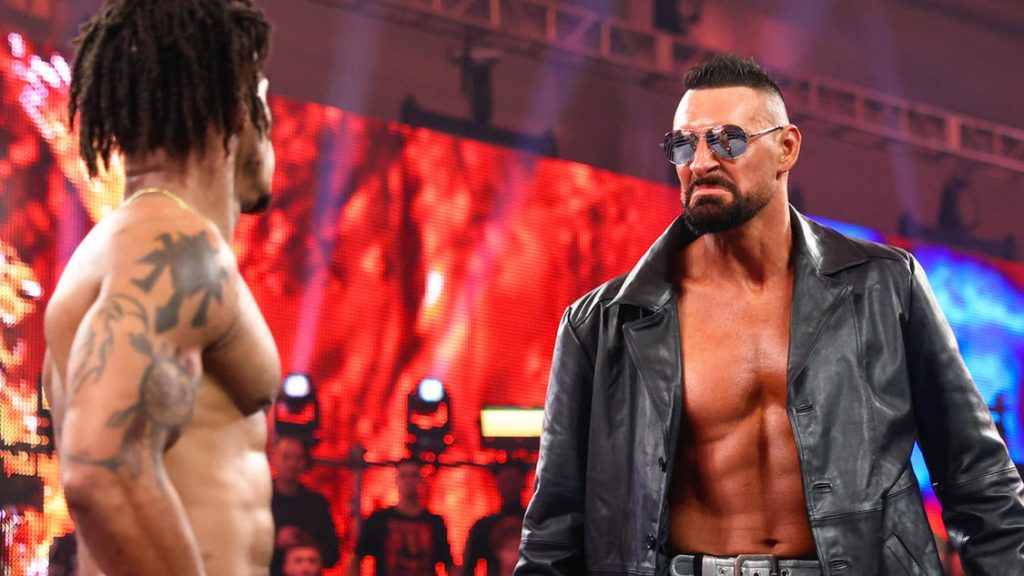 Overall NXT accomplished some stuff within the show, including moving forward with the Stark and Nikkita rivalry. Toxic Attraction staked their claim for the NXT Women's tag team championship. Wes Lee had his first championship defense while gaining a new rival in Donovan Dijak. Cora Jade also continued to become NXT’s biggest bully as she stole the win from Wendy Choo.

Outside of the main event, the matches were fairly basic but done well. The show flowed nicely to the main event. The stories being told were advanced in an alright manner, with atmosphere being a step down from the normal crowd.

After the Iron Survivor Challenge was announced for Deadline, NXT looks to continue getting closer to the new special event. Toxic Attraction is set to kick off NXT after Mandy Rose’s victory against Alba Fyre. Does Isla Dawn make her intentions known? And In the main event Wes Lee looks to prove his Ladder Match victory wasn’t a fluke victory against the former standout North American Champion Carmelo Hayes.

Mandy doesn’t acknowledge the interference saying she did it all by herself. She says how she is going to watch the women go to war to face her in the Iron Survivor Challenge match. Jacy and Gigi go on to say how they want to win the tag team championships again. Katana and Kayden come out and end up name dropping Isla Dawn as the reason Mandy retained. Kayden and Katana say that Toxic Attraction is the real train wreck. Jacy says Toxic will take the titles from them so they can go back to being irrelevant. Katana and Kayden run into the ring but the numbers game is too much for the champs. Toxic stands tall.

Tony D’Angelo warns Wes Lee that he knows where to find them.

Grayson Waller questions why Duke Hudson is so pro Chase U.

Wendy and Cora had a solid back and forth match. Cora selling her leg as Wendy targeted it. There were some solid counters and good stuff in the match. Cora goes for her black stick before failing to use it. Wendy tries to use it but the ref goes to take it away. Cora grabs the tumbler like cup and throws Wendy’s drink in her face before hitting the double arm hooked DDT. Cora left as Wendy was shown crying with one set of eyelashes on her cheek. Solid first match.

Pretty Deadly engage in a brawl with Duke Hudson after saying they want Duke back to normal.

Entrances took place during commercials. After some back and forth, Ivy gets the shotgun boot to Kiana. Kiana looks to leave the ring but Fallon Henley backs her back into the ring. Ivy gets the dragon sleeper for the win. Fallon and Kiana brawl post match before the creed brothers challenge Veer and Sanga.

Scrypts being the former Reggie. Using his athleticism got the win. Interesting new character.

The Schism talks about the day of Invictus. Gacy says the Schism is no longer inclusive as he lays out Myles Borne the deaf wrestler posing as a member of the crowd. Ava Raine and Gacy both hug him before Gacy puts him through the table, completing the sacrifice. The crowd chanted for the sacrifice. Interesting promo as we can wonder where they go from here.

Apollo Crews Vs Bron Breakker is official for the Deadline.

Short match with Zoey Stark getting the victory. After the match Nikkita Lyons returned as both women engaged in a brawl.

Results: Zoey Stark by Pinfall via Belly to Back GTS

This match excels in the story being told with Duke Hudson almost missing the hot tag every single time. But the story being told within the match pairs with Pretty Deadly’s tag team psychological ability. The match ended with Chase U having a miscommunication with Duke Hudson accidentally big booting Andre. Pretty Deadly then were able to pin Andre Chase since he was the legal man after the spoilt milk. Thea Hail and Duke Hudson walked to the match in front of Andre as Andre is looking on with a visibly angry stare.

Shawn Michaels is announced to reveal the 10 participants within the Iron Survivor matches next week.

Carmelo and Wes both have fairly special entrances with Wes being able to climb up a rock. Both men engaged in a solid, athletic match up that included the story of this being the second big match of Wes’ singles career. Wes was coming into his own, having to bring himself to Melo’s level. Trick “Willy” had attempted to interfere in the match but got caught by receiving a dive from Wes. Wes finished the match with a handspring pele kick and a version of the falcon arrow variation for the win. As Wes Lee is celebrating, the entrance tron shows a cage opening and closing before Dononvan Dijak returns, laying him out with the “feast your eyes.”

NXT accomplished some stuff within the show, including moving forward with the Stark and Nikkita rivalry. Toxic Attraction staked their claim for the NXT Women’s tag team championship. Wes Lee had his first championship defense while gaining a new rival in Donovan Dijak. Cora Jade also continued to become NXT’s biggest bully as she stole the win from Wendy Choo.

Outside of the main event, the matches were fairly basic but done well. The show flowed nicely to the main event. The stories being told were advanced in an alright manner, with atmosphere being a step down from the normal crowd.