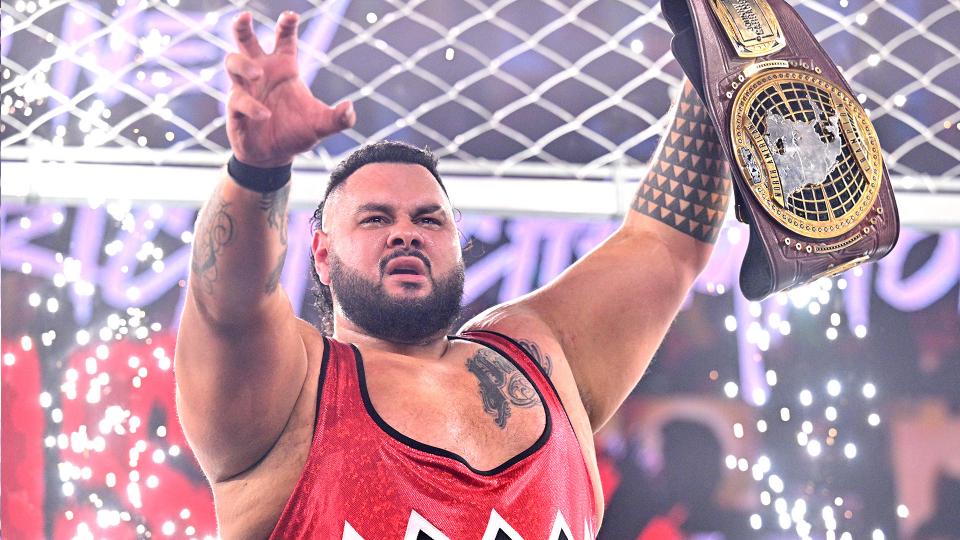 NXT continued their build to Takeover: In Your House. NXT this week featured the clash of the century between Johnny Gargano and Bronson Reed inside the steel cage. We also got a grudge match between the two most underrated women in NXT, Toni Storm will have her revenge by fighting Zoey Stark in a singles match. Ted Dibiase is coming to NXT and there are a couple of unique storylines here in NXT too.

GREAT: NXT opened with a grudge match between the coolest woman in NXT, Toni Storm, and the upcoming talent, Zoey Stark. This is their rematch from NXT Stand&Deliver kickoff after Stark giving a massive upset to Toni Storm. Both of the competitors were also having a really good feud together. Toni Storm elevates Zoey Stark in this storyline and made her look like a star. This match overall was better than their previous bout. Zoey Stark learned every Toni Storm’s move before and shockingly kicked out of the “Storm Zero”. Toni Storm was mad and delivered a new cool finisher move to Zoey Stark.

GOOD: After the match ended, Franky Monet’s silhouette was shown on the entrance ramp before her actual self popped out. Monet’s came out with a piece of cool entrance music and reminded everyone that next week is her in-ring debut.

GOOD: we got a vignette back after the commercial break with Candice LeRae and Indi Hartwell having a spa day. Candice said that they deserved their titles and Gargano will take care of Bronson Reed. Indi Hartwell was talking about Dexter Lumis when he literally behind her back taking care of her. Indi Hartwell didn’t realize that because of the cucumbers on her eyes. Indi called Lumis a loser and he walked off.

MUST WATCH: Up next, we got a prime target video package of Finn Balor vs Karrion Kross. This video package featured a war of words between Balor & Kross. Both of the competitors reminded the universe who actually they are. They were talking about their previous bout in such a beautiful way. A couple of employees like Pat Mcafee, Paul Heyman, and Jimmy Smith were a part of this video package and it makes people more interested into the match.

GOOD: Before Grimes vs Jake Atlas happened, Grimes cut a little promo to Ted Dibiase. Grimes then showed a mockery video to Ted Dibiase by showing his losses and embarrassing moments of his career.

GOOD: Overall that was a really good bout between the two of them. In the middle of the match, Ted Dibiase came out to laughed at Cameron Grimes. Grimes was distracted by Dibiase and Jake Atlas pinned him for the win. Grimes was mad and chased Dibiase, but it was too late. Dibiase rolled down the window of his limo and laughed in Grimes’s face before driving off.

GOOD: Pete Dunne then had a sit down interview with Arash Markazi. Markazi asked about who Dunne would like to face next. Dunne pointed out that he already beat couple of champions in NXT, and Karrion Kross is next. Dunne said that everyone that faced him will always have a great match with him. Arash asked about where he got his aggresive style, and he talked about taking inspiration from traditional British Wrestling like Fit Finlay and making it more aggresive. Dunne also said that the obvious goals of his life right now is becoming the NXT Champion.

GOOD SQUASH: Killian Dain defeated Alexander Wolfe in a quick match after Wolfe refusing to kick out of the crossbody that Dain gave to him.

GREAT: Legado del Fantasma put their NXT Tag Team titles opportunity against the brute team of Tommaso Ciampa & Timothy Thatcher. Ciampa & Thatcher once again dominated the match by giving the team of Joaquin Wilde & Raul Mendoza some brutal attacks. Ciampa made Raul Mendoza bleeds out so many blood before they went to commercials. However, Legado del Fantasma managed to work against the monsters and gave so many offense to them. The match ended when the referee was distracted while Grizzled Young Veterans hit Ciampa with their finisher, which resulted in Legado del Fantasma hitting their finisher, for the win.

GOOD: Mckenzie Mitchell was backstage with Bobby Fish and asked about him saving Kyle O’Reilly. Bobby Fish said that it has nothing to do with Kyle O’Reilly cause Pete Dunne & Lorcan were the problems. Dunne took Fish out while The Era imploded when he was recovering. Fish said that he has an unfinished business with Dunne so he challenged him to a match for next week.

GOOD SQUASH: Sarray defeated Aliyah in a match that went under 3 minutes. Sarray continued to show that she’s one of the best women’s wrestler in nxt right now.

GOOD: After the match ended, Hit Row cut a promo where they all deliver individual lines talking themselves up. Isaiah “Swerve” Scott talked about the steel cage match and he said that he doesn’t care about who’s winning cause he will watch that match with Hit Row.

MUST WATCH: In the main event of the evening, we got the colossal, Bronson Reed, having another North American title chance by facing Johnny Gargano inside the steel cage. This match felt like a big deal being in the main event. This match was also better than their previous bout at Takeover. Both of the competitors kept delivering some big moves to each other. Bronson Reed struggled to win the match after Austin Theory that kept disturbing Reed. But a colossal miracle came out for Bronson Reed after he delivered two Tsunamis to Johnny Gargano. Bronson Reed became the new North American champion. He celebrated his title win with his wife and the nxt universe.

Another solid show by NXT. There were a couple of great matches in this show with Bronson Reed vs Johnny Gargano becoming the match of the night. Their tag division keeps rising by giving us a lot of great stories lately. The main negative of the show was there were a lot of squash matches here. Squash matches are fine but they do it a lot lately and they keep building superstars with a lot of more interesting segments or matches.