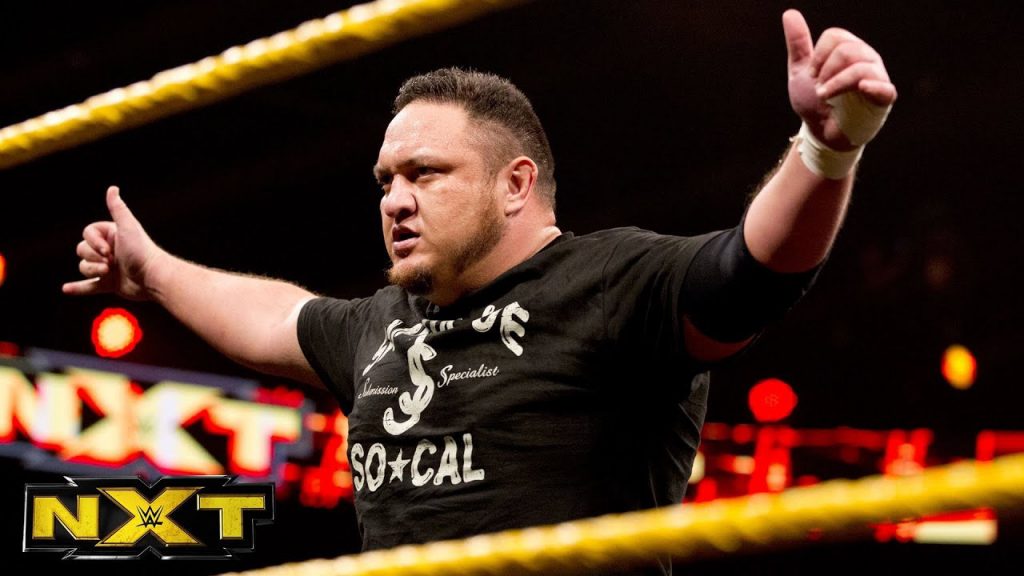 Former NXT Champion Samoa Joe could be making his return to the black and gold brand according to reports.

Wrestling fans were stunned when news broke of Samoa Joe’s WWE release this April, however the multi-time champion could soon be making his return to the company.

Despite not being able to wrestle for the best part of a year due to injuries, Joe found success on Raw’s commentary team, where he was seen just weeks before his WWE departure.

Fightful Select (subscription required) reports that talents and staff backstage at NXT have heard of interest in bringing back their former world champion, noting that it would be a wrestling role. It should be stressed that Fightful haven’t had any indications of a deal being made as of yet.

Samoa Joe was only with NXT for less than two years before being called up to Raw, however he managed to accomplish a good amount of accolades during that time, including ‘Demon’ Finn Balor’s only defeat in WWE and two NXT Championship runs.

Towards the end of his WWE run, many fans called for him to return to NXT, with many dream matches being made possible. This didn’t end up happening then, however an NXT comeback could be possible in the near future.

Would you like to see Samoa Joe return to NXT? Let us know your thoughts in the comments below!