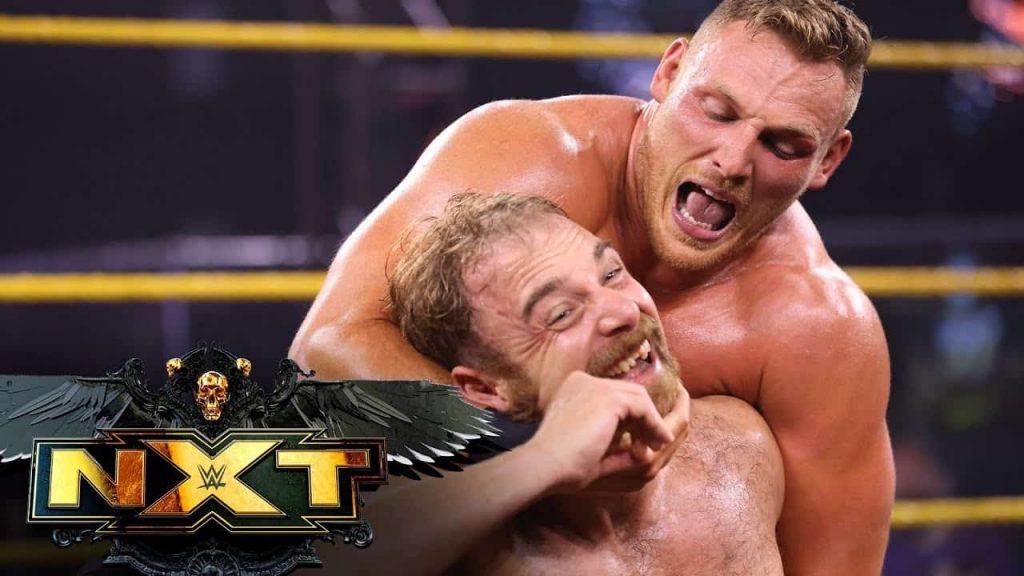 Welcome to this week’s review of NXT. This week we are coming hot off the heels of one of the best Takeover events in a hot minute. Lined up for this week’s episode we have a “Million Dollar Celebration” with new Million Dollar Champion Cameron Grimes and “The Million Dollar Man” Ted DiBiase, Timothy Thatcher taking on Ridge Holland, Hit Row going against Legado Del Fantasmo in 6-Man tag action, and more! So as usual, without MORE further delay, let’s get right into it.

GREAT: NXT opened up this week’s show with the aforementioned Million Dollar Celebration. Cameron Grimes and Ted DiBiase made their way down to the ring and the crowd is very behind Grimes! Grimes tells DiBiase that once LA Knight said that if Grimes lost that The Million Dollar Man would have to be Knight’s butler, which is what drove Grimes to win. After DiBiase praised Grimes for overcoming Knight”, Grimes asked “What’s next?” DiBiase told The Million Dollar Champion what was next, it was time to go…. TO…. THE….. MOOOOOON!

GOOD: Up next we got Timothy Thatcher taking on Ridge Holland in what was a fairly decent opening match. Both men looked good throughout the hard hitting bout, with Holland putting in the most offense
However in the end, Holland took home the win after hitting Timothy Thatcher with the Snow Plow.

AVERAGE: Women’s tag team action was up next as Kacy Catanzaro & Kayden Carter took on Jacy Jayne & Gigi Dolin. Catanzaro was getting pretty beat up before being able to tag in Carter. Carter came in and cleared the ring. After going at it with Jacy and Gigi, she was eventually able to tag in Kacy, hit a double team move, and win the match for their team.

POOR: Kay Lee Ray’s NXT debut is up next and boy is it bad. The longest reigning NXT UK Women’s did not have a good match. Instead she quickly beat Valentina Feroz with a Gory Bomb.

GREAT: The new NXT Champion, Samoa Joe, came out next. He issued an open challenge which was answered by Pete Dunne. But before Pete Dunne could get going, LA Knight came out, who was then interrupted by Kyle O’Reilly. Ridge Holland came out and attacked O’Reilly, while Tommaso Ciampa laid out Dunne in the ring. While they were all fighting it out, LA Knight got down to the ring, where Samoa Joe laid him, standing tall to end the segment.

AVERAGE: It was then time for the Finals of the NXT Breakout Tournament, as Carmelo Hayes took on Odyssey Jones. Carmela looked pretty strong in this match. However, Odyssey Jones, had control for most of the match, only to lose off of a crucifix pin, giving the win to Carmelo Hayes.

POOR: Next we got another squash match as Boa took on Xyon Quinn. Now I had no problem with Quinn winning, but if you’re gonna give Boa all the offense only to have him lose to one forearm, what’s the point?

GREAT: In the main event, Hit Row took on Legado Del Fantasma. This was a really good match. Hit Row got control early on, where as coming off of commerical break, Legado was in charge. The two teams continued to go back and forth the entire match and just when Hit Row seemed to have had the match won, Elektra Lopez comes out. Lopez wiped out B-Fab, distracting Isiah “Swerve” Scott, and allowing Santos Escobar to roll him up for the victory.

Overall this week’s episode of NXT wasn’t too terrible, but it had it’s weak points. Odyssey Jones definitely should have won the Breakout Tournament, Boa didn’t deserve the squash match, and Kay Lee Ray debuting on NXT in a squash match? That’s just criminal. Though I do like where the NXT Championship scene is headed and I’m excited to see what they do next. But what did you think about NXT? Leave us your comments below.