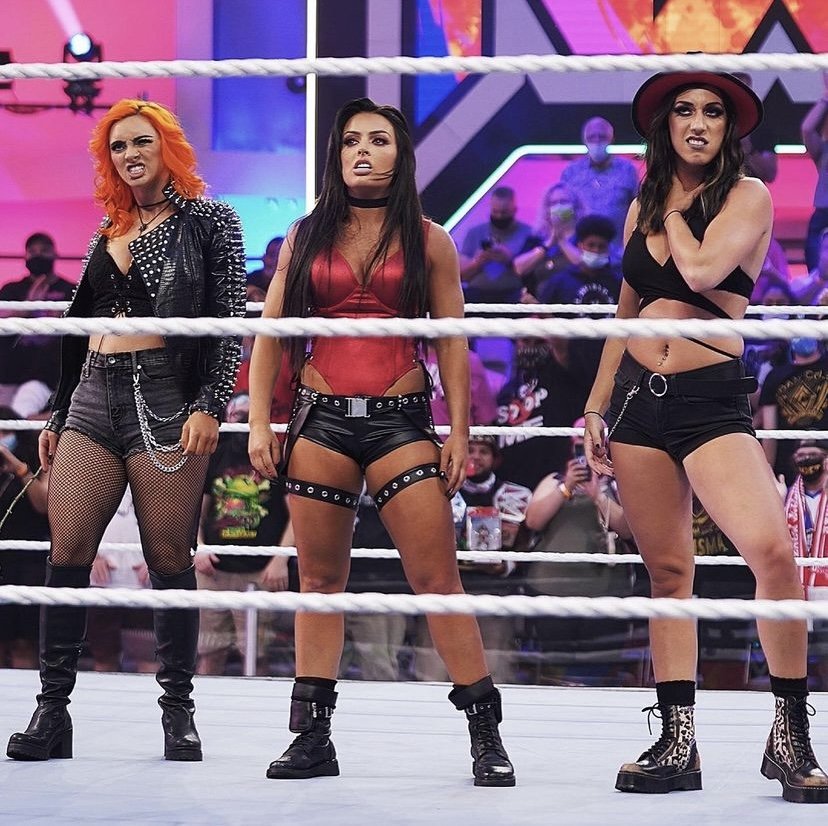 GREAT: Tomasso Ciampa was in the ring & he announced Halloween Havoc returns on October 26th. Ciampa said he needs an opponent & he has one man in mind. He then asked who was willing to come take his NXT Title from him & Bron Breakker’s music hit. Breakker said he’s only treated Ciampa with respect but he wants to be the NXT Champion.  Breakker said he has the biggest balls in NXT locker room & challenged Ciampa to an NXT Title match. Ciampa said that to Breakker that the title would just be a stepping stone, but to him, it’s something bigger and better. Ciampa then accepted and left. Breakker did great here and continues to look like the future.

GOOD: Joe Gacy had a vignette said that NXT 2.0 is the only platform that will not crash. He said that conflict can be resolved peacefully & this was short but so good.

GREAT: A very good promo package for Duke Hudson played where he said that he can play with people’s minds & this was great because it made him look like he will try and outsmart everyone.

GOOD: Cora Jade defeated Franky Monet in a match that was a squash match until Monet rolled up Jade & that was an awesome moment and a very nice debut for Jade.

GREAT: Ciampa was in the back for an interview & Gacy came up to him & said that Ciampa was putting out toxic energy by saying only people with balls can challenge him. Ciampa said that if Gacy beats him next week, the main event at Halloween Havoc will be a three way. This was great and Gacy has gotten over in the way he’s wanted.

GOOD: Pete Dunne defeated Cameron Grimes in a good match that would’ve been better if it got more time.

MUST WATCH SQUASH: Tony D’Angelo defeated Malik Blade in one of, if not, the best squash match in a long time. The crowd was so hot for D’Angelo the whole time & it just worked.

GREAT: Malcolm Bivens and Diamond Mine had a vignette shown where Bivens went over each member and what makes them special. This was good and gave everyone their own personality even though they all have the same vision.

GOOD: Raquel Gonzalez was asked in the ring about Toxic Attraction & she said that Mandy Rose has only been making waves for a month and that she will have Rose in a body cast if she attacks her again. Toxic Attraction came out & Rose said that nothing will stop them from taking over. Jayne and Dolin both cut good promos saying that they will hold all the gold and said they are all title material. The three of them then got up on separate sides of the ring until Io Shirai & Zoey Stark came out to have Raquel Gonzalez’s back. Toxic Attraction then walked away. This was good.

GOOD: MSK defeated GYV, Trick Williams & Carmelo Hayes and Brooks Jensen & Josh Briggs in a fatal 4 way elimination tag match to retain the NXT Tag Team Championships to the dismay of the NXT crowd. The match was good, but the crowd kept it from hitting that next gear.

Overall, the show felt very similar to the past few weeks, minus the exception of the debut of Tony D’Angelo who felt like a star the moment his music hit. There were lots of squash matches and the crowd was not pleased with the main event at all. Toxic Attraction and Bron Breakker seem to be doing well in their roles and the audience is responding well to them.