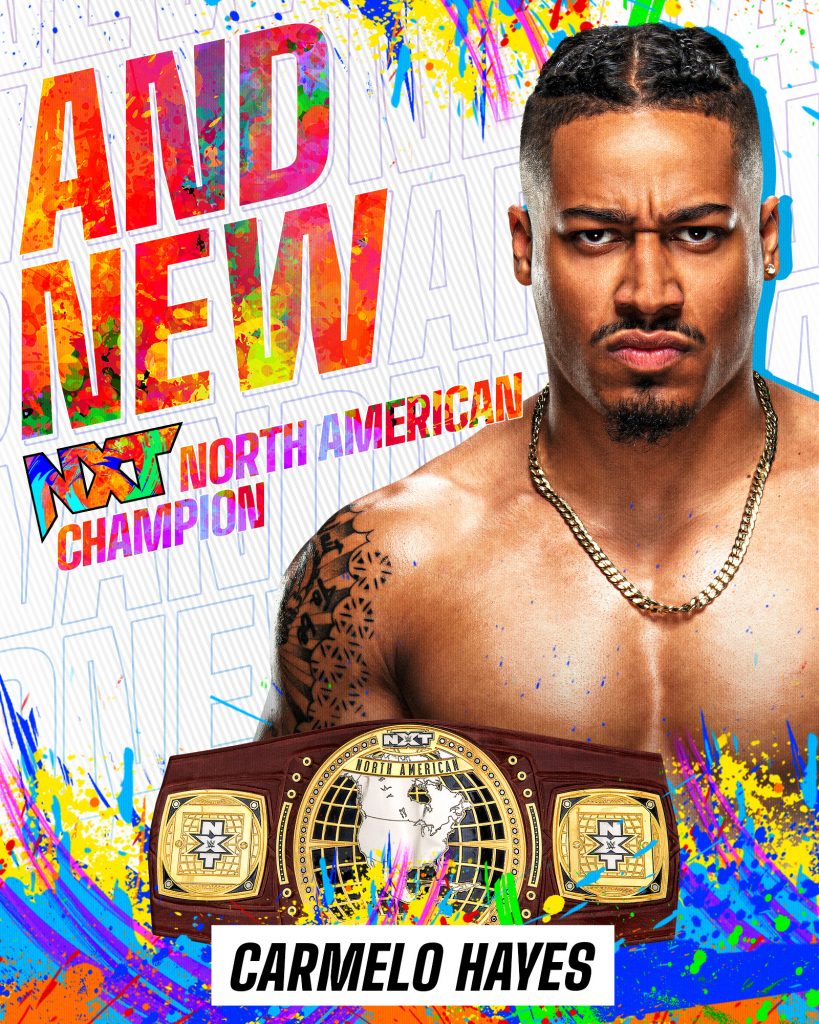 GOOD: Joe Gacy was in the ring to open the show and he said he will beat the toxic masculinity of Tomasso Ciampa & he will enter the NXT Championship match at Halloween Havoc. This was simple, but effective.

GOOD: Tomasso Ciampa defeated Joe Gacy in a good match where Gacy showed that he has the ability to put on a good match.

GOOD: Toxic Attraction came out next & Gigi Dolin said that they wanted to put an end to Raquel Gonzalez, but Io & Zoey ruined it. Jacy Jayne then said that Toxic Attraction doesn’t care about rules and they want the NXT Women’s Tag Team Championships. Mandy Rose then said that she is also challenging Gonzalez for the NXT Women’s Championship. Mandy ended by saying it doesn’t matter what hair color she has, she is still the baddest b*tch in the game. This was really good.

GOOD: After the match, Malcolm Bivens got on the mic & said the pit bull in Ivy Nile has been relegated. Bivens then said the Creed Brothers have been the most dominant tag team in NXT. He then gave the mic to Roderick Strong & Ikeman Jiro’s music hit & signaled that he wants a shot at the NXT Cruiserweight Championship. One of the Creed brothers, I believe it was Julius, then got on the mic and told Jiro that he is always ready for a fight. Jiro got in a cheap shot and then rolled out of the ring. This was good and Diamond Mine have really impressed.

GOOD: After the match, Diamond Mine beat down Jiro until Kushida came out, but the numbers difference was too much for Kushida. This all made sense.

GREAT: Andre Chase University with Andre Chase was then shown where he said that Odyssey Jones lacks ring awareness and that is why he won’t be successful. He then asked if anyone had any questions and a man named Brandon raised his hand. Brandon asked Chase if what he did was illegal, why didn’t Jones win by DQ. Chase then said that would be a great question if he gave a f*ck and slapped everything off Brandon’s desk and told him to get out of his class. He told him to join Steve in the dumb*ss class & give him a big f*ck you from him. This was just fantastic & Chase is one of the best personalities on NXT 2.0.

MUST WATCH: When the break ended, Tony D’Angelo was shown in a promo package leaning on a car where he said he had a very successful debut and that he can’t remember his opponents name. He said he does things on his own time & the producer for Lash Legend should watch his mouth next time before he says Tony is not allowed on the show. He then walked away and it seemed that he trapped the producer in the trunk. I mean, this dude has everything that anyone should want, he’s a social media star and is still trending as this is written.

AVERAGE SQUASH: Back to the squashes as Duke Hudson basically squashed Grayson Waller. This was alright.

GOOD: After the match, Pirotta challenged Zoey Stark and Io Shirai for the NXT Women’s Tag Team Championships. Io and Zoey came out, followed by Toxic Attraction, which led to a brawl between the three teams. Stark and Shirai stood tall at the end. This was good.

GREAT: Cameron Grimes and Grayson Waller had a hilarious backstage segment where Grimes saw Waller get a girl and wanted to know how he did it. Waller then told Grimes it’s not about wins and losses, but it’s about likes and swipes and then showed him how online dating works. This was so fun and I would like to see more of this.

Overall, this was by far the best episode of NXT 2.0 yet and a lot of the characters are really starting to show their true potential. Some more than others of course, but this show is looking really good. They chose an awesome way to end the show, crowning a new North American Champion in Carmelo Hayes, who has been one of the most impressive new wrestlers.