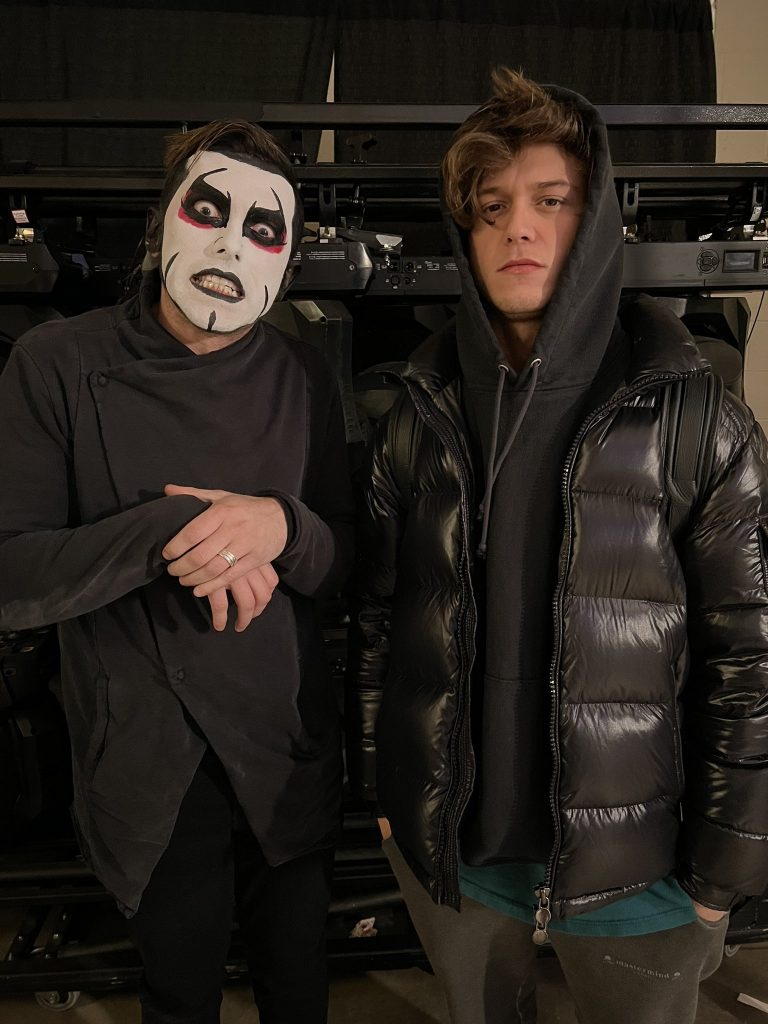 Preview: Just like Dynamite on Wednesday, tonight’s edition of Rampage will emanate from Baltimore, Maryland. There are multiple exciting matches on tap for this hour. We’ve got an Owen Hart Foundation Tournament qualifying Match between Riho and Yuka Sakazaki. Dr. Britt Baker teams up with Jaimie Hayter against Ruby Soho and Toni Storm in tag action. Hook is scheduled to battle JD Drake and Konosuke Takeshita is set to face Jay Lethal. All that and more on this week’s early Rampage.

GOOD Dr. Britt Baker and Jaimie Hayter vs. Toni Storm and Ruby Soho: Both sides receive welcoming receptions from the Baltimore crowd and Rampage is underway. Hayter starts the match with Storm and they have really good in-ring chemistry as they trade shoulder blocks. The Baltimore crowd begins to chant, “Pittsburgh Sucks,” at Dr. Britt Baker and it is clear that the Steelers and Ravens rivalry is still as tense as ever. Dr. Britt is tagged in at about the same time as Ruby Soho, and Soho gets the best of their initial exchange. Ruby brings Storm back in but Dr. Britt immediately reverses the momentum and grounds Toni in the corner near her partner Jaimie Hayter. Toni is able to reverse a suplex attempt and crawl to the corner to bring in Ruby Soho. Ruby delivers kicks and forearms to both Baker and Hayter. Toni Storm makes a blind tag and scores on a brilliant hip attack but Jaimie Hayter cuts her off with a big boot. Britt Baker connects on an air raid crash to Storm, but they are both down briefly. When they rise to their feet Storm and Baker trade right hands in the center of the ring with neither getting the best of the other. Rebel causes a distraction which gives Dr. Britt Baker time to rake the eyes of Toni Storm and then hit a Stomp. Toni kicks out at 2 and when she gets back on her feet Baker is distracted by Soho and Hayter fighting on the outside. This gives Storm time to roll Britt up for the win. Talk about a quality tag team match, and the crowd was really hot against Britt Baker due to her Pittsburgh ties.

Result: Toni Storm and Ruby Soho by Pinfall via Roll-up

GREAT Chris Jericho Phone Call from Eddie Kingston: The Mad King is calling from home and he is not happy. This is a problem for Chris Jericho, Eddie Kingston is not messing around anymore. He invokes the fear that his wife saw when he returned home after the fireball, Jericho looks incredibly rattled. What an awesome segment that just was.

AVERAGE Hook vs. JD Drake: Hook has been sent and the crowd still loves the kid. Drake is already in the ring, and is quickly outside tripped by the smaller Hook. Drake makes it to the ropes and then chops Hook but he’s not having it as he headbuts Drake’s chop. Hook is so over with the AEW audience it is hard to quantify. JD Drake attempts a reverse ddt but Hook turns it into Red Rum and Drake taps out quickly. Hook wins again.

GOOD Danhausen promo post match: Danhausen is coming out to talk with Hook and he’s trying to be friends with him. Given the challenge from Nese, Danhausen is looking for Hook to support him in his match against Premier Athlete. Hook pushes Danhausen to the ground, but it is his birthday, and Danhausen leaves him a bag of chips with a bow on it as a gift. The segment ends with Hook leaving the chips in the ring and shaking his head.

FTR backstage promo: Dax is ready for Cole in the Owen Hart Foundation Tournament and he is not messing around. Too short to rate but this match is exciting.

GOOD Yuka Sakazaki vs. Riho Owen Hart Foundation Tournament qualifying match: Riho and Sakazaki both get babyface pops from the crowd and this should be an exciting matchup. The action starts quickly as they hit the ropes and Riho delivers a dropkick. This is a fast paced high flying affair from the outset and neither competitor can completely get the best of the other. Sakazaki knocks Riho to the outside with a dropkick of her own and follows it up with a cannonball senton. We head to commercial with Yuka in control, but Riho is valiant with her effort to thwart the offense of the Magical One. Riho delivers a bulldog to regain some momentum and then attacks the grounded Sakazaki. Yuka is in a bad way though and out of the break Riho plants her with a Dragon suplex. They trade covers and then Riho scores on a diving Knee strike. Sakazaki kicks out a 2 and Riho is stunned. She quickly climbs to the top rope but Sakazaki recovers to land a diving flatliner off the top rope. The crowd begins to chant, “This is awesome,” and it truly has been. Riho and Sakazaki trade forearms in the center of the ring, but Riho dives for an inside cradle and that scores the victory! What a back and forth exciting match that was.

Result: Riho by Pinfall via Inside Cradle

GOOD Men of the Year and Dan Lambert in ring Promo: Lambert speaks first and he’s wearing an Orioles shirt. He gets his cheap hometown pop. Dan didn’t like his crabcakes last night and this is hilarious. Ethan Page takes over the microphone and he’s talking about the PVZ and Sky vs. Tay Conti and Sammy Guevara. This rivalry has intensified and suddenly he’s interrupted by Frankie Kazarian. He was promised a title match with Scorpio Sky and Kazarian is trying to hold him to that, he throws both Lambert and Page under the bus for corrupting Scorpio in the first place. Ethan gets in Frankie’s face but Sky gets in the middle and he’s trying to bring respect back to the TNT Title. Scorpio Sky is willing to defend his title and he tells  Dan Lambert he needs to put the other TNT belt back in the trophy case at American Top Team. He’s also gonna defend his title against Kazarian next week on Dynamite!

GOOD Jay Lethal vs. Konosuke Takeshita: Lethal is accompanied by both Satnam Singh and Sonjay Dutt. Konosuke Takeshita enters alone and the numbers game could be a problem for him in this matchup. They start with some classic chain wrestling. Both competitors are so technically sound the initial back and forth is incredibly exciting. Neither can truly get the best of the other but the ebbs and flows are truly remarkable. They trade chops and the crowd is firmly behind Takeshita. He lands a series of arm drags and gets an applause from the fans. They trade strikes and eventually Lethal is able to knock Takeshita to the outside where  he follows with a suicide dive as we head to a commercial break. Out of the break, Lethal has Takeshita on the top rope but Kosuke drills him with a lariat and Lethal is turned inside out. He follows with a dragon suplex attempt but is locked in a figure four. After a long back and forth Jay Lethal scores with a Lethal Injection and that is it. Jay Lethal is the winner. This was a solid match for sure.. Singh and Dutt join Jay Lethal in the ring to celebrate and they stomp away on Konosuke Takeshita. The Best Friends intervene but Satnam Singh is all over both of them right away. Orange Cassidy is on the apron and he is unafraid of Satnam Singh. He goes hands in the pockets and jumps off the apron. Samoa Joe’s music hits and he’s carrying a steel pipe. Unfortunately, security is there to stop him and that is how the show ends.

Overall: This wasn’t the best Rampage of all time, heck it wasn’t even the best Rampage in the last month. What it was though, was entertaining. There were multiple exciting matches that were worth tuning in for. We got to see multiple wrestlers not normally featured on television make appearances and not only that, a ton of storylines were advanced. Easily the highlight of the night was the Eddie Kingston-Chris Jericho phone call segment. Their first match was excellent but this second encounter is setting up to be incredibly violent. Riho qualified for the Owen Hart Foundation Tournament in a really entertaining match, and Scorpio Sky will defend his TNT Championship against Kazarian next week on Dynamite. Oh yeah, Hookhausen isn’t quite happening just yet, Hook’s not ready, and I’m not sure we are either.