NJPW Wrestle-Grand Slam Postponed Due to State Of Emergency 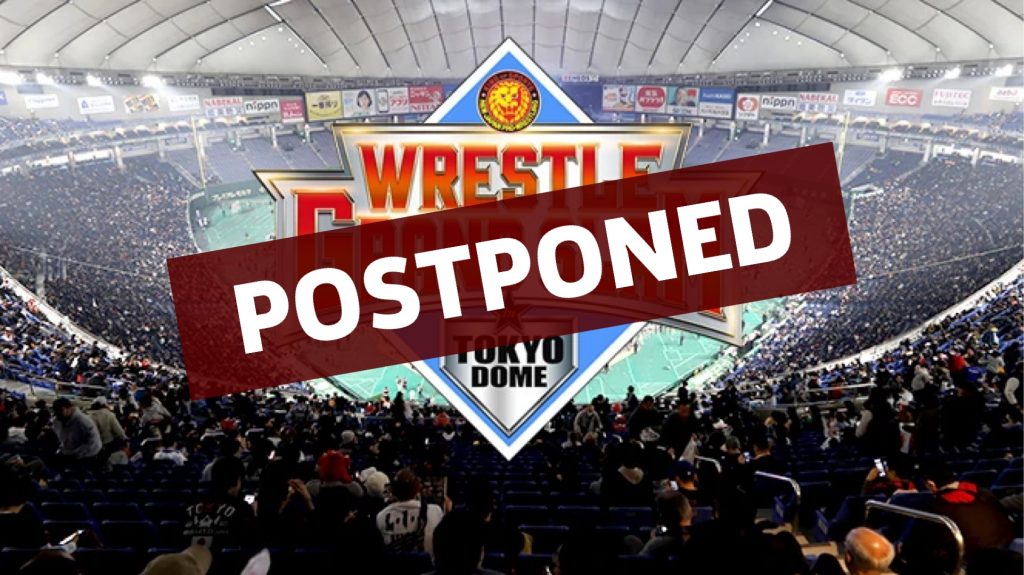 In the past few minutes NJPW have confirmed that both nights Wrestle-Grand Slam event have been postponed due to Japan’s State Of Emergency being extended. No new date has been set as of this time.

NJPW have released the following statement:

Tank you for your support of New Japan Pro-Wrestling.

On Friday May 7, the Japanese government announced an extension to the state of emergency currently in place in Tokyo and other prefectures. In light of this announcement, as well as current COVID-19 infection status, and in order to prevent any potential further spread of the virus, New Japan Pro-Wrestling has arrived at the decision to postpone the Wrestle Grand Slam events in Yokohama Stadium and the Tokyo Dome previously scheduled for May 15 and 29 respectively.

NJPW deeply apologizes to all fans looking forward to these events for the inconvenience and disappointment caused.

New dates for both events are currently being finalized. More information will follow as soon as it becomes available.

All tickets for both events will be valid. Please retain your ticket. Any ticket holder who cannot attend at the rescheduled dates will be eligible for a refund.

At present, we ask for your understanding and patience until rescheduled dates are confirmed. Keep checking back on njpw1972.com for further information on Wrestle Grand Slam as well as other events on the NJPW schedule going forward.

New Japan Pro-Wrestling has arrived at the decision to postpone Wrestle Grand Slam in Yokohama Stadium and the Tokyo Dome.

New dates are currently being determined.