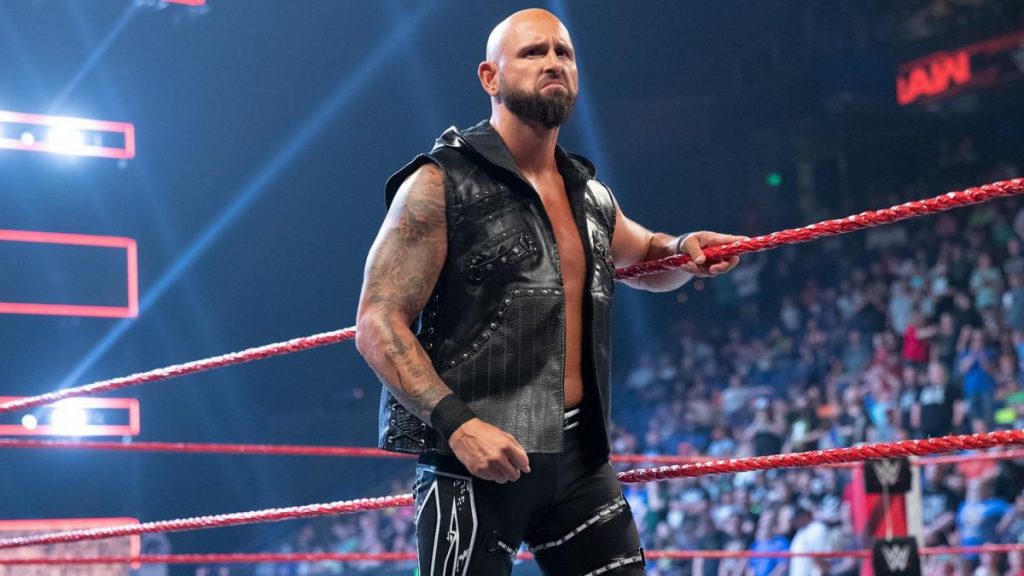 This morning, NJPW put out a statement regarding Karl Anderson’s NEVER Openweight Championship.

“The Machine Gun” Karl Anderson has been in deep water recently. Anderson recently showed up on the October 10th episode of WWE RAW alongside Doc Gallows, reuniting with AJ Styles. Anderson, who is the current NEVER Openweight Championship for NJPW, has been making appearances on WWE TV with Doc/Luke Gallows. This led to The O.C (Good Brothers & Style) being booked for Crown Jewel in Saudi Arabia on November 5th, working a 6-man tag with Judgement Day. In addition, on November 5th, Anderson is set to defend his NEVER Title against Hikuleo. With Anderson being double booked, New Japan put out this statement on their website

With Anderson being double booked he posted a video on his social media regarding the situation with Doc Gallows. Anderson stated in the video that he will not be present in Osaka on November 5th. NJPW stated that the match has been booked for October 4th, before his return to WWE. Recently it was revealed that NJPW president Takami Ohbari is furious at Anderson’s absence. With this, New Japan stated that if Anderson does not show up at Osaka, Anderson will have to vacate his championship immediately.

The current situation still has not been confirmed if Anderson will be in Osaka or Saudi. Either way, it is confirmed that he will be able to work in Japan for the rest of the year (including Wrestle Kingdom) and will be in WWE full-time from 2023.