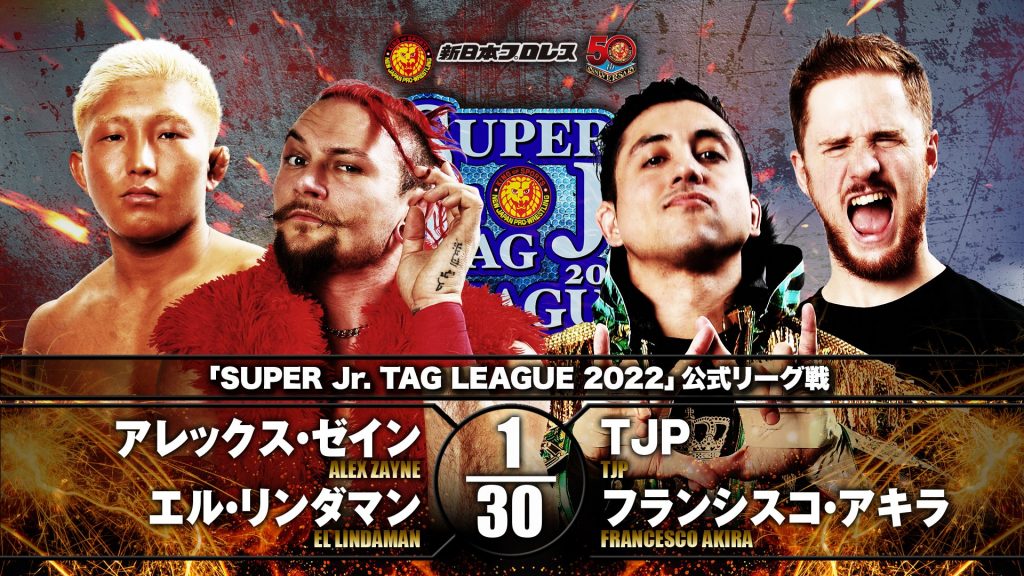 NJPW has recently hosted another event of the Super Junior Tag League. Catch 2/2 vs El Lindaman & Alex Zayne, Suzuki-Gun vs BULLET CLUB, CHAOS vs Wild Hips and more in another action-packed card.

Welcome to another edition of Wrestling Republic’s coverage of Japanese wrestling. This time, we’ll put the focus on New Japan Pro-Wrestling and its latest event.

The promotion has recently held the second night of this year’s Super Junior Tag League, which took place from the Arena Tachikawa Tachihi in Tokyo, Japan and presented eight very interesting matchups. So, with nothing else to say, here are the full results of the November 23rd NJPW event in Arena Tachikawa Tachihi:

This is all for our coverage of the November 23rd NJPW Super Jr. Tag League event. Stay tuned to Wrestling Republic, as we’ll keep you updated with everything you need to know about New Japan Pro-Wrestling.

With the results of the matches on November 23rd’s event in the Arena Tachikawa Tachihi, the current standings of this year’s NJPW Super Jr. Tag League reads as follows:

Where Can You Watch The NJPW Super Junior Tag League?