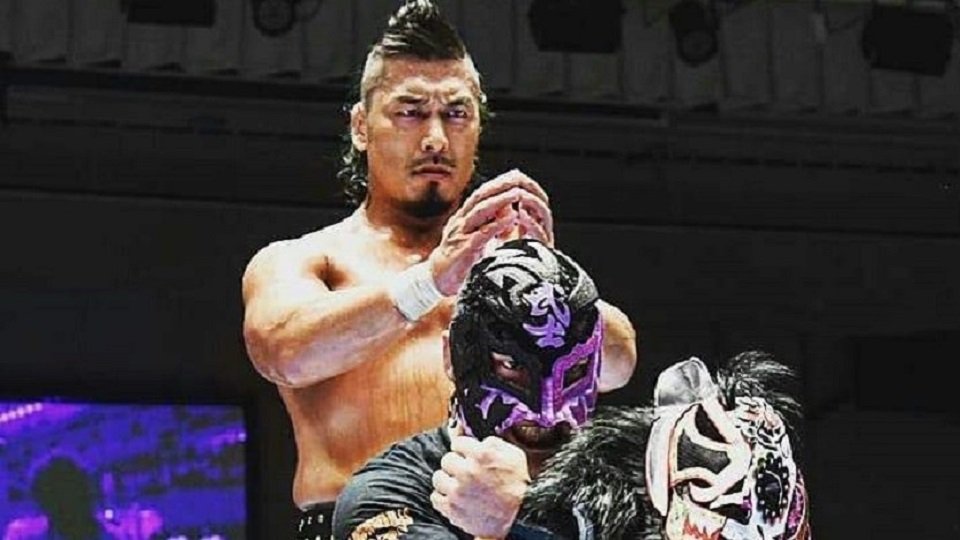 Los Ingobernables de Japon’s Dragon and secret weapon might just have to stay away from them for weeks.

This is the official statement from NJPW about this situation

As a result of PCR testing conducted across the roster following the August 15 Summer Struggle 2021 event in Shizuoka, New Japan Pro-Wrestling has learned of two positive tests for COVID-19.

Two wrestlers, Shingo Takagi and BUSHI, who presented with a fever and missed their match on the day of the August 15 event were immediately tested in accordance with COVID protocols, with the tests returning positive.

Their fevers went down and their conditions are not becoming worse.
According to protocols and under medical advice, they are isolating and receiving appropriate treatment.

New Japan Pro-Wrestling will continue dealing appropriately with the situation following the directions given from the health care center.
We will work to further strengthen our COVID-19 countermeasures, and run events with infection prevention and safety of all fans, wrestlers, staff and relevent people as the first priority.

NJPW deeply apologizes for the concern caused to fans and personnel and asks for your understanding.

After both Takagi and BUSHI developed high fevers, they were withdrawn from the Summer Struggle tour on Sunday. Due to COVID-19 contact tracing, six more wrestlers have been excluded from the Summer Struggle tour: Tetsuya Naito, SANADA, EVIL, Yujiro Takahashi, Gedo, and Dick Togo. The current IWGP World Heavyweight Champion, Takagi will defend his title against EVIL on September 5 at Wrestle Grand Slam in the MetLife Dome.

Stardom, who shares a parent company with NJPW, has had to cancel multiple shows in the last two weeks owing to COVID-19 contact tracing, which forced some of their rosters to quarantine.

This stuff might have been terrible for NJPW, especially with their top champions away from their company in the next couple of weeks.