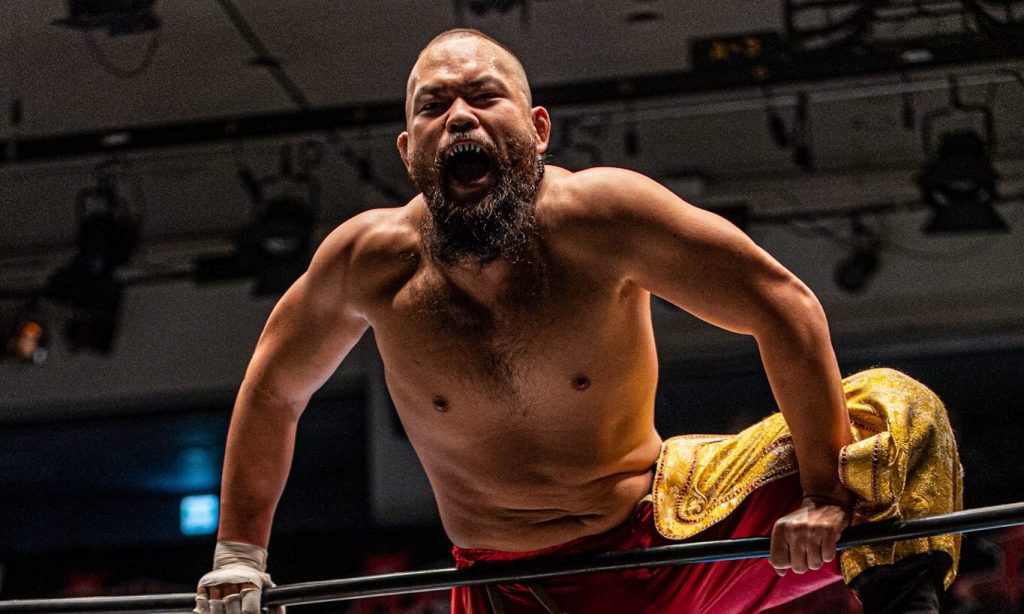 NJPW’s Great O’Khan has given his thoughts on the AEW roster, claiming the company is full of ‘ill-educated’ wrestlers.

It has been a few months now since the historic AEW x NJPW: Forbidden Door event, which became the first ever joint-event between both companies and awarded the fans with one of the best pro wrestling events of the year.

Even though the event was full of many promising showdowns, one of the most interesting match-ups to see was the Three-Way Tag Team bout for the AAA, ROH and IWGP Tag Team Titles.

The match featured FTR (Cash Wheeler and Dax Harwood) standing tall over Roppongi Vice (Trent Beretta and Rocky Romero) and United Empire’s Jeff Cobb and Great O’Khan to get away with all the gold.

However, during a recent interview with Wrestle Inn, former IWGP Tag Team Champion Great O’Khan has revealed what he thought of the AEW roster leading up to the event and claimed that the company is full of ‘ill-educated’ wrestlers.

“We felt that AEW is full of Indy wrestlers. There are plenty of formidable wrestlers there, but they are unrefined and ill-educated. A shame,” Great O’Khan said.

What Does Great O’Khan Think Of MJF?

Additionally during the interview, Great O’Khan took the opportunity to praise MJF– who stated is a big fan of him- for his job, claiming he’s one of the best wrestlers in the world and the only one who knows the meaning of true professional wrestling.

We care not for pro-wrestling, so we haven’t seen or heard of MJF. Yet clearly he is one of a precious few who truly understand the meaning of true “professional wrestling”, and we think he must be one of the very best in the world.”

H/T to Wrestle Inn for the interview transcription.