NJPW Slams The Forbidden Door On Tanahashi vs Moxley 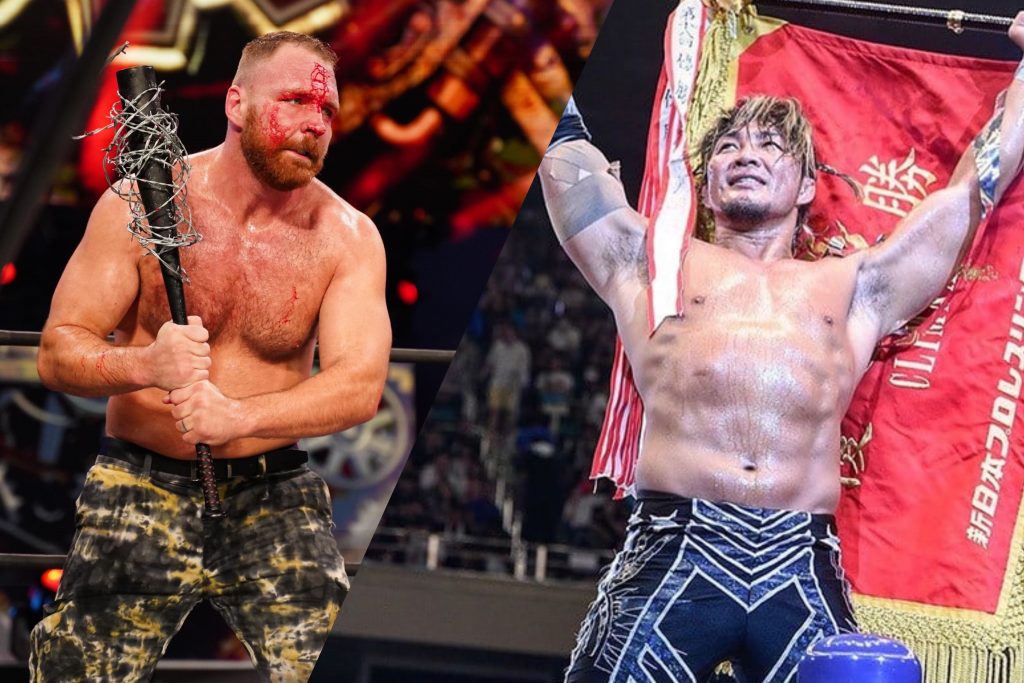 Over the past few weeks it had been heavily hinted at that Jon Moxley was preparing for a match against NJPW Icon, and current IWGP US Heavyweight Champion, Hiroshi Tanahashi.

Just weeks after winning the title, Lance Archer lost it to Hiroshi Tanahashi last weekend at NJPW’s Resurgence show in Los Angeles, which was the Japanese promotions first show with a crowd in the United States since the pandemic began in early 2020.

While the match was never officially confirmed, it became clear that both All Elite Wrestling and New Japan Pro Wrestling, were both building towards the encounter between the two aces of their respective promotions. Several sources then went on to reveal that the plan was for the ‘dream match’ to take place at AEW’s All Out Pay-Per-View, which is set to take place Live from the Now Arena in Chicago on September 5th.

However according to a new report, this no longer seems to be the case.

According to Dave Meltzer of the Wrestling Observer, NJPW has decided to pull Hiroshi Tanahashi from the match, and fly him back over to Japan, after the company decided that they did not want Jon Moxley winning the title back, which was the original plan agreed with Tony Khan’s All Elite Wrestling promotion.

Meltzer wrote “Most likely the idea would be for a Moxley win and right now New Japan didn’t want Tanahashi to lose based on whatever it is they have planned for the U.S. Title.”

It’s unknown at this time as to whether or not this sudden decision from New Japan will end up damaging their fairly new relationship with AEW, as with only a few weeks to go until the big Pay-Per-View, AEW now need to find a new opponent for one of their biggest stars.

Some fans have already began to speculate that NJPW NEVER Openweight Champion, Jay White, could be the replacement for Hiroshi Tanahashi, considering White is currently in the United States and has several events lined up.

Jay White has even teased himself that he could be on his way to AEW, with him tweeting out “Chicago, see you soon”

However, this does not mean that the Bullet Club leader will indeed be appearing on AEW tonight, as not only is White known for ‘trolling’ fans, but he legitimately will be coming to Chicago this weekend for a Warrior Wrestling event on Saturday night.