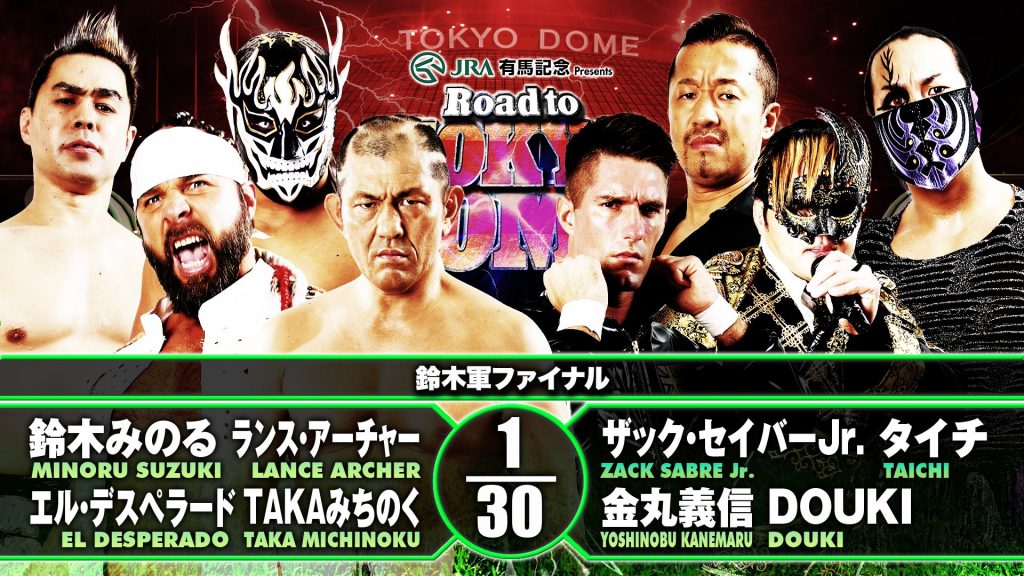 NJPW has recently held the second night of the NJPW Road To Tokyo Dome. Suzuki-Gun members have their final match together when they collide in 8-Man Tag Team action, Kazuchika Okada & YOH join forces with Master Wato to battle BULLET CLUB, L.I.J competes in trios action and more.

Welcome to another edition of Wrestling Republic’s coverage of New Japan Pro-Wrestling. This time, we’ll put the focus on the promotion’s Road To Tokyo Dome 2022 tour.

The promotion has recently held the second night of the NJPW Road To Tokyo Dome 2022, which took place from the Korakuen Hall in Tokyo, Japan and presented some very interesting in-ring action. So, with nothing else to say, here are the full results of NJPW’s final event of the year:

This is all for our coverage of Night 2 of the NJPW Road To Tokyo Dome 2022. Stay tuned to Wrestling Republic, as we’ll keep you updated with everything you need to know about NJPW and the world of Japanese wrestling.

Where Can You Watch NJPW Road To Tokyo Dome 2022?

Fans will be able to watch the 2022 NJPW Road To Tokyo Dome events -as well as any other NJPW show- on the company’s official streaming platform, NJPW World.