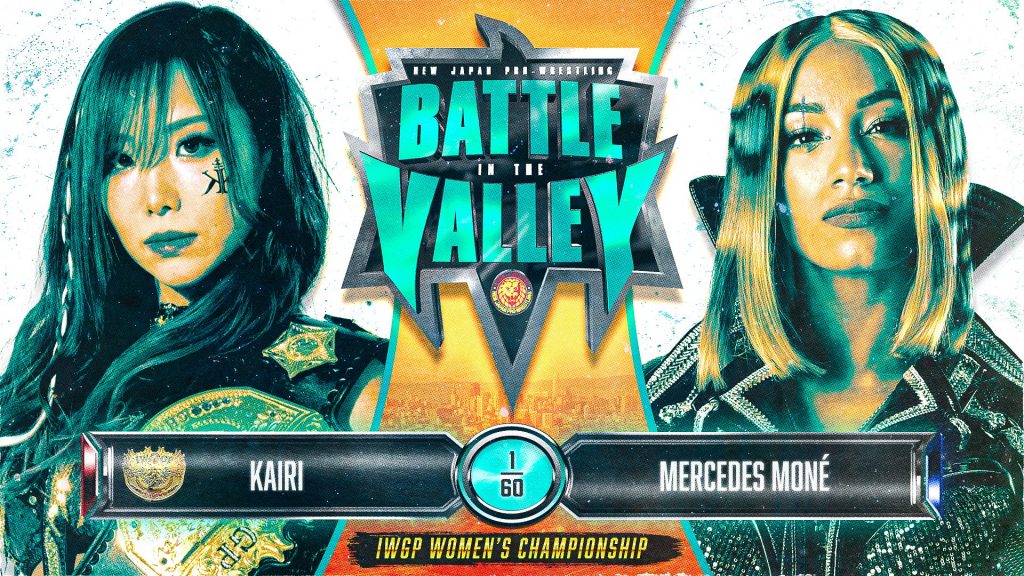 The first NJPW match for Mercedes Mone post-WWE has already been confirmed.

The former Sasha Banks, now known as Mercedes Mone, will compete against KAIRI at Battle in the Valley on February 18 for the IWGP Women’s Championship, according to NJPW. The program will be a pay-per-view on Fite TV and NJPW World with English commentary.

The title bout was already planned when Mone made her NJPW debut at Wrestle Kingdom 17. After Tam Nakano defeated KAIRI to retain the IWGP Women’s Championship, Mone made her NJPW debut, confronted KAIRI, and knocked her out. Mone declared herself “the standard, the conversation, the blueprint, and the CEO” of the New Japan and Stardom women’s division when she announced that she would join both NJPW and Stardom.

At the San Jose Civic in San Jose, California, there is a Battle in the Valley performance. The event’s opening match has been set as KAIRI vs. Mone. Jay White and Okada will also appear at the show.