NJPW Announces Wrestle Kingdom Will Return to One Night Format 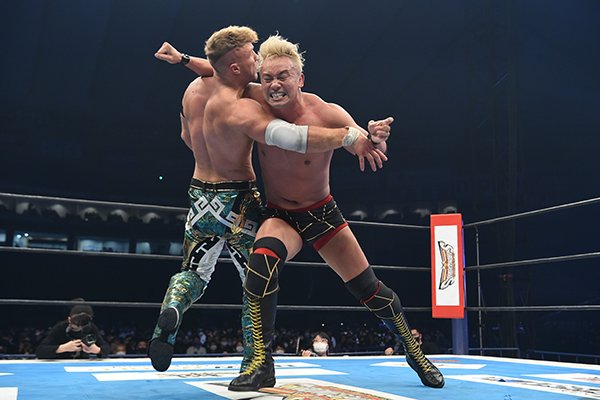 NJPW will kick off 2023 going back to their traditional one-night Wrestle Kingdom show.

During the G1 CLIMAX 32 Finals, it was announced that New Japan Pro Wrestling’s biggest show of the year Wrestle Kingdom will be returning on its one-night 1.4 (January 4th) format along with the return of New Years Dash at Ota-ku General Gymnasium.

NJPW’s Wrestle Kingdom was traditionally a one-night event where it would be their biggest show of the year, basically the Wrestlemania of Japan. The one-night format would be switched to a 2-night event in 2020 where a “Double Gold Dash” where both IWGP Intercontinental and Heavyweight Championships were on the line. The 2-night format continued on for 2 years where in 2022 Wrestle Kingdom would be 3 days and the third day would be a long-awaited joint event between NJPW and Pro Wrestling Noah.

On 1.5’s New Years Dash event, similar to a RAW after Mania, it would be the post-Wrestle Kingdom event of New Japan where the fallout of the events prior or new storylines would emerge. In 2020’s New Years Dash event, some key moments we saw were Jyushin Thunder Liger’s retirement ceremony, Minoru Suzuki and Jon Moxley brawling it out, and the aftermath of Kenta ruining Tetsuya Naito’s big moment after winning the double gold. Always a mystery card, and always a very fun event.