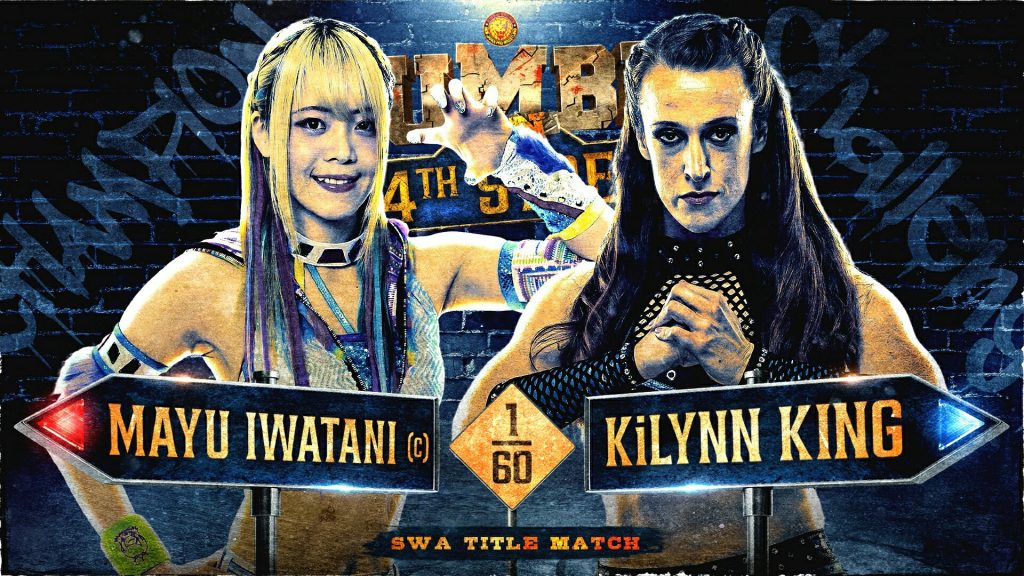 New Japan Pro-Wrestling will be returning to the US in the coming days, with the celebration of the Rumble On 44th Street PPV.

Even though NJPW always puts in some interesting matchcards, Rumble On 44th Street generated a little bit more expectations since the company had previously announced the presence of some STARDOM talents on the show.

About the SWA World Championship Match, it is important to mention that this will be Mayu Iwatani’s second title defense. After winning the title from Thekla on STARDOM’s Golden Week Fight Tour on May, “The STARDOM Icon” proceeded to make her first defense against Oedotai’s Fukigen Death.

So, since only wrestlers from a different country than the champion are eligible to challenge for the title, Mayu will be in for a good fight when she faces KiLynn King.

With the addition of these matches, the complete matchcard of NJPW Rumble On 44th Street reads as follows:

The event will take place this Friday, October 28th, from the Palladium Times Square in New York City. Fans will be able to watch the event live on FiteTV, and on NJPW World in the coming days.

Stay tuned to Wrestling Republic, since we’ll be covering the complete results of this event. Additionally, you’ll find out a complete coverage of Joshi Puroresu.