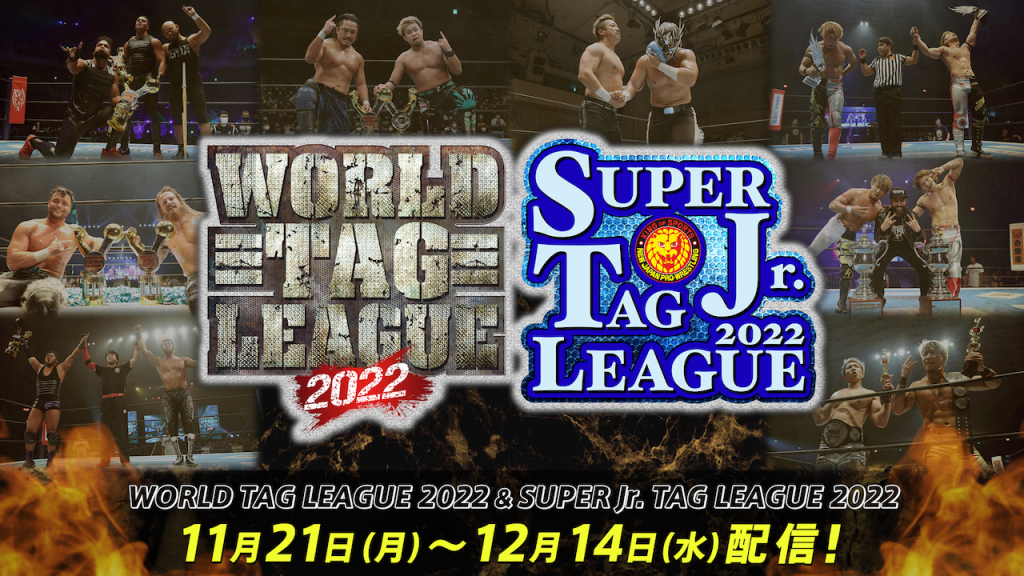 NJPW have revealed the official lineups for the World & Super Junior Tag Leagues, which will take place between November and December.

New Japan Pro-Wrestling definitely have some very interesting weeks ahead. During these past few weeks, the promotion has been preparing to host this year’s World Tag League and the Super Junior Tag League, as well as for the upcoming NJPW x STARDOM Historic X-Over.

About the upcoming Tag Leagues, NJPW have recently revealed the full lineup for this year’s edition of the Tournaments. Through a statement made on their official website, the promotion announced the following teams will be featured during the competition:

The World & Super Junior Tag Leagues will begin this upcoming November 21st. The winners will be decided on December 14th and will earn a shot at the IWGP Tag Team Titles and the IWGP Junior Heavyweight Tag Team Titles at Wrestle Kingdom 17.

Where Can You Watch The NJPW World & Super Junior Tag Leagues?

Additionally, make sure to follow the company’s official Japanese & English Twitter accounts for more detailed information about their upcoming shows.

You can also stay tuned to Wrestling Republic, since we’ll be covering the complete results of both Tag Leagues and updating you with everything you need to know about Japanese wrestling.