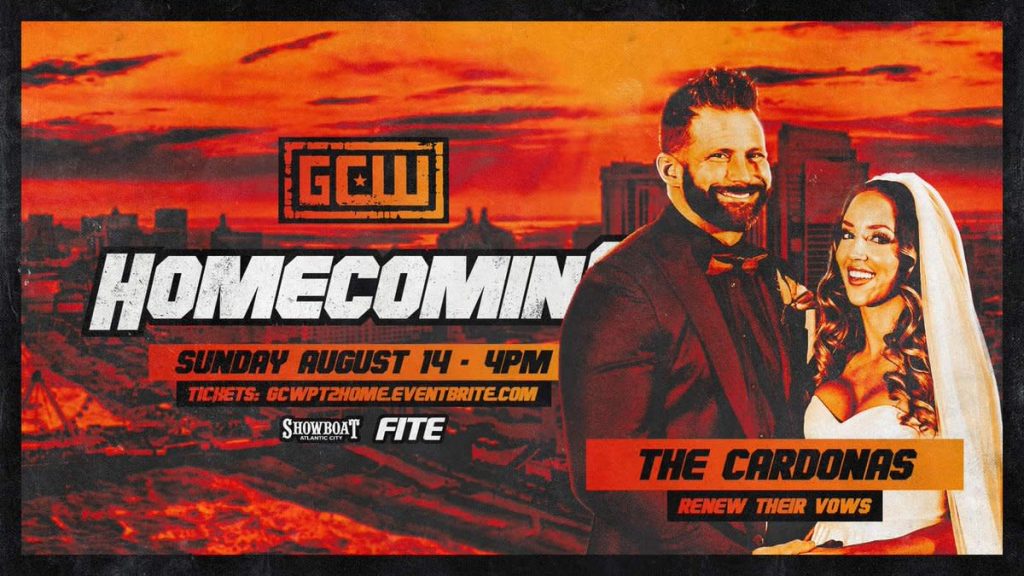 Matt Cardona and his wife Chelsea Green renewed their vows at Game Changer Wrestling’s Homecoming Part Two show, in what turned out to be a traditional professional wrestling wedding.

Blake Christian was the first wedding crasher. This followed Christian’s recent GCW heel turn after fans turned on him the night before. Additionally, Matt Cardona recently called Blake Christian an ‘unsafe worker’ on Twitter. After all of this, it seemed like he arrived at the wedding to cause chaos, but surprisingly he quickly made up with Cardona.

Next up, Allie Katch crashed the wedding, gifting Cardona hair growth formula. This was much to the frustration of the Cardona’s.

Finally, as all seemed over and done with, Nick Gage made his triumphant arrival and attacked his former rival. Gage entered the ring and took out Cardona’s father. He then proceeded to cut Matt Cardona’s head open, with his signature pizza cutter.

Allie Katch then took out Chelsea Green, leaving the happily remarried couple, covered in cake and blood, to celebrate their special day.

What’s Next For Matt Cardona and Nick Gage?

While the future of the rivalry between Gage and Cardona remains in question, Gage will soon be taking on AEW’s Jon Moxley.

Gage will put his career on the line, as he attempts to regain the GCW Championship. The date of the encounter has yet to be announced.

Nick Gage has previously held the championship twice, for a total of 800 days.