Nick Aldis talks about All IN, Company Collaborations, Championship reigns, and Kenny Omega. 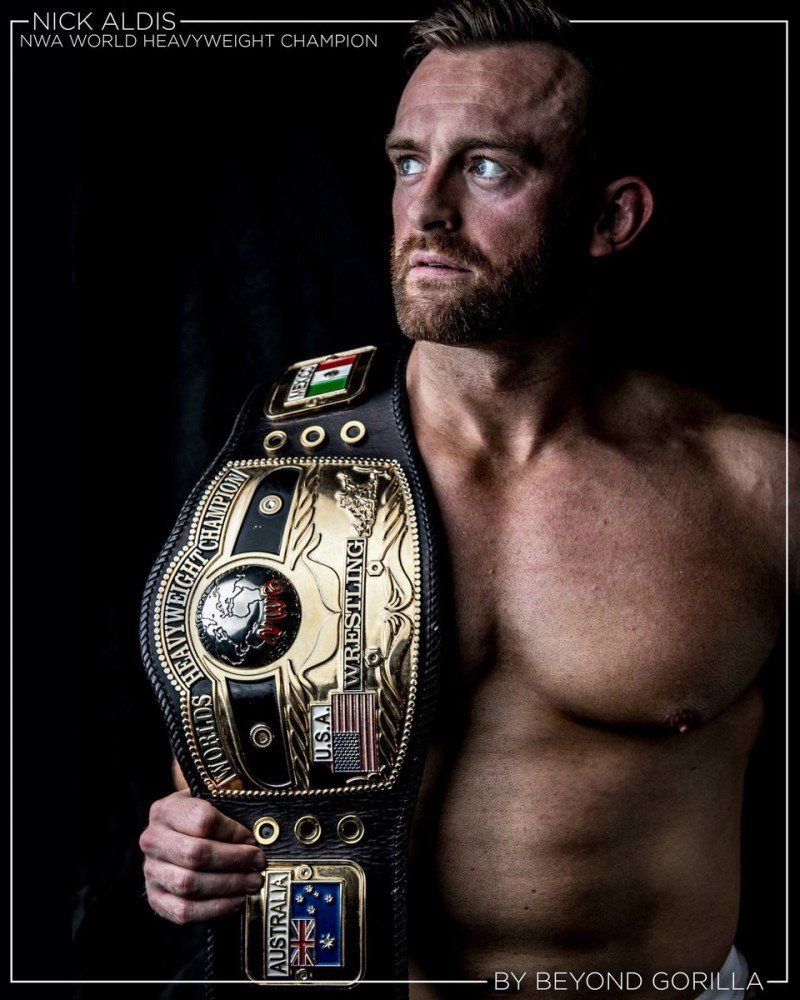 Nick Aldis, Former NWA World champion has decided to sit down and have an interview with our Own Eric Novak on the All Real Wrestling Podcast to discuss many topics from his first matches in nightclubs to working along side TNA Legends all the way to All in and his views on the future in and out of the Wrestling Ring.

When talking about Future collaborations for Companies including Impact and NWA the topic that came up was obviously his former Ring name Magnus if he would return or if it didn’t matter in which he replied.

“Well look I’m Nick Aldis and TNA gave me everything and now in 2021 everyone is looking at it like wow everything was really good because I would hear certain guys who were involved in the behind the scenes stuff and hear all the bashing and the fans were just very harsh and I will always call it TNA as it was different thing like different managers and Scott D’more is probably the only link between the old and new as he was my agent back in the day but promotions working together isn’t anything new as its happened all the time but I would say in this era we’ve had a huge part to play with Ring of Honor as with Cody and me it was an agreement between Ring of Honor and NWA. In past videos I did say that there would be more collaborations and the fans want to see it but most promotions see now that more money is on the table.”

After discussing more about his past Eric Took a step back to ask about one of the most talked about PPVs in Wrestling today that being ALL IN 2018 asking about his feelings toward the event as well as the title change.

“It’s business at that time the event happened in August 2018 and I already agreed to do work with the NWA in September of 2017 so it actually wasn’t even a year. So to be in the most talked about show outside of Wrestlemania or WWE events was. You can’t put a price on that.”

Since time has passed even with the pandemic he continued to hold the NWA World championship, Novak decided to ask his opinion on the championship reign.

“From a historical standpoint it’s amazing but its kind of like if you held it for this long why rush to defend when people are talking shit online. The whole point is that this means something. I’ve been very proud of my work and this reign is cool but there are backlashes due to the covid. But what I’m prouder of that is there are many men and women who are wrestling and trying to advance their careers due not taking anything from them but due to my work towards this title reign.”

And too End this off Eric Novak decided to ask about Working along with other promotions and facing men like Kenny Omega who is currently holding the AEW World championship as well as the Triple AAA Mega Championship in which he replied.

“If it makes sense business wise and if the money is right as well as a benefit for all parties involved and it seems like everyone can’t seem to understand that it has to be good for everyone. When Cody and I did it it benefited everyone involved and that’s all I really want to say about that now.”

You can View the Video Below: