Nick Aldis Suspended By NWA After Publicly Asking For His Release 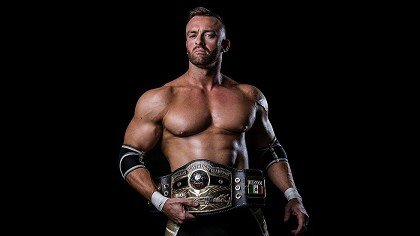 Nick Aldis has been suspended by the NWA and pulled from their upcoming PPV.

The relationship between Aldis and NWA is not on good terms.

Everything started after Aldis announced that he was giving notice to the National Wrestling Alliance.

In response, the promotion announced that he is suspended.

NWA COO, Joe Calli, confirmed that Aldis is under contract through December 31 and he added that this is not a wrestling storyline.

He will become a free agent on January 1st.

Nick was scheduled to wrestle Odinson at the Hard Times 3 pay-per-view but because of the suspension, a replacement will be named.

“NWA response to recent statements made by Nick Aldis

Pursuant to the recent comments made by Nick Aldis, the National Wrestling Alliance has suspended Aldis from the main roster and effective immediately Aldis will not appear for the Hard Times 3 PPV and Revolution Rumble television tapings in New Orleans, LA on Nov. 12, 2022, and Nov. 13, 2022.

As such, the National Wrestling Alliance reserves its right to comment on this matter at a future date.” (Via PWInsider)