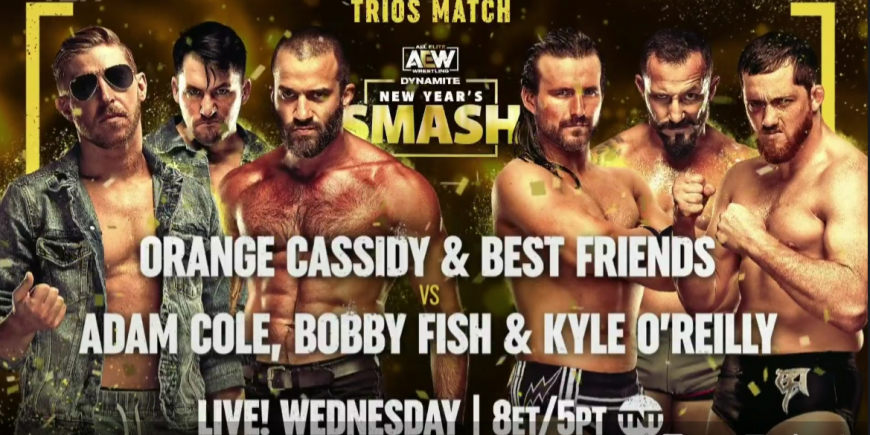 A trios match with Eddie Kingston team up with Santana & Ortiz against 2point0 and Daniel Garcia.

Jim Ross’ will return to the commentary booth on Next Wednesday’s New Year’s Bash episode of AEW Dynamite, which will be the final edition on TNT.

The full card can be seen below.