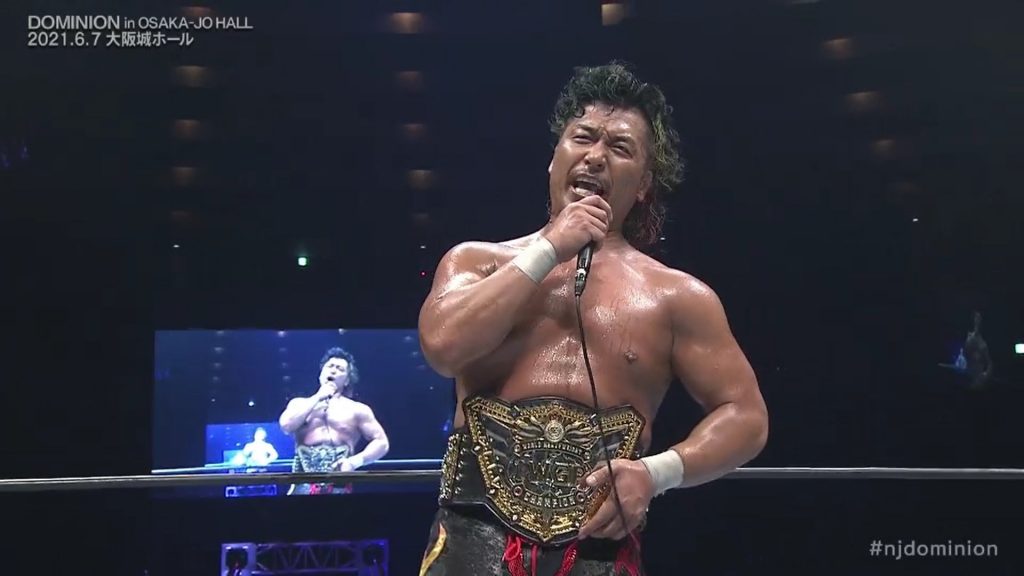 Late last month it was announced that Will Ospreay would have to vacate the IWGP Heavyweight Title, due to a neck injury, after only holding it for 46 days, and defending it once.

NJPW announced last week that the new champion would be decided in a match between the five time IWGP Heavyweight Champion, Kazuchika Okada, and former NEVER openweight champion, Shingo Takagi.

Today the two finally did battle in what was truly a match of the year candidate, with both men throwing everything they had at each other to claim the vacant championship.

After a war which lasted around 35 minjutes, Shingo Takagi hit the Last Of The Dragon manoeuvre onto Kazuchika Okada, meaning Shingo Takagi was crowned the new IWGP World Heavyweight Champion.

Due to Ibushi losing it during his first defence, and Will Ospreay getting legitimately injured in his first defence, there are talks of the belt being ‘cursed’, with many fans wanting NJPW to go back on their decision and undo the merger and bring back the two previous belts. New Japan’s decision today to put the belt on fan favourite Shingo, instead of the man the company considers to be the face of the promotion, Kazuchika Okada, was likely influenced by this.

The match received the five star award from Wrestling Republic, with Ben Allison describing the match as ‘Over the past couple of years Shingo and Okada have put on several ‘classics’, but this possibly topped them all. Throughout the match Okada worked the neck of Shingo to set up for the money clip and rainmaker, while Shingo worked the mid section of Okada in preparation for ‘The Last Of The Dragon’. As the match went on Okada got more and more frustrated and refused to let go of holds until the 3 count. His inability to keep calm and instead try to out-strike Shingo was what likely led to the downfall of the rainmaker, while Shingo stuck to his game plan leading to a shock victory.’

After the match Shingo Takagi called out Kota Ibushi, who defeated Jeff Cobb earlier in the night, leading to Ibushi coming down to the ring and the two having a face to face ahead of a future encounter.