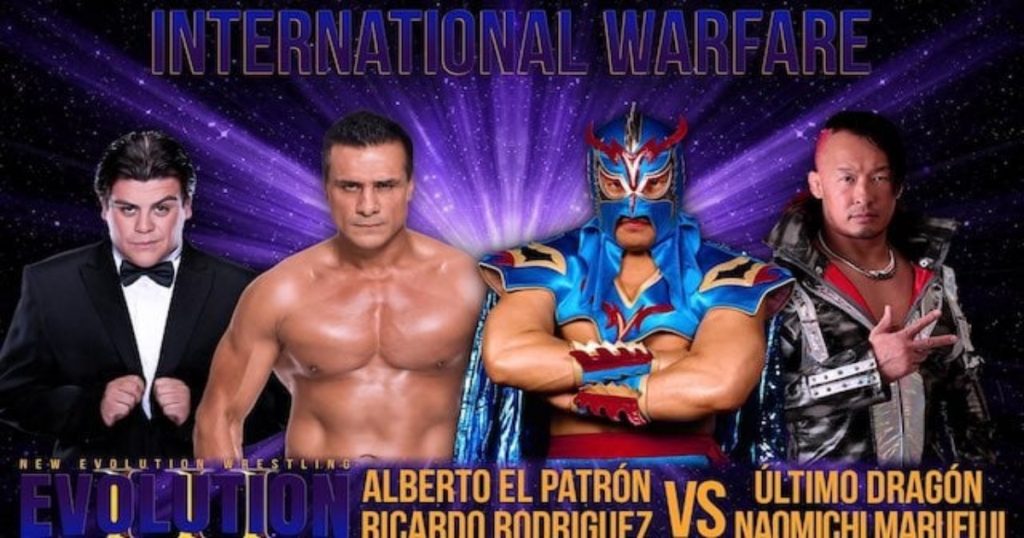 There is no shortage of stories about wrestlers being cheated by bookers in the wrestling business, and it happens too often. Wrestlers put their bodies on the line night in and night out, putting themselves through all manner of trauma.

It’s only right that they get properly compensated for their hard work because anything can go wrong at any time. Recently, at an indie wrestling event, numerous performers found themselves in a tough situation when the promotor disappeared.

Fortunately, the stars showed true dedication and pride by still putting on a show for the live audience.

Independent promotion New Evolution Pro faced a serious crisis on November 13th due to the promotor’s lack of professionalism. The event had numerous notable wrestlers on the card, such as Alberto Del Rio, Josh Alexander, Ultimo Dragon, and NOAH wrestlers.

However, before their 6-man tag match took place, they learned that the promotor had no money to pay them. Sean Sapp of Fightful.com covered the issue and wrote that the promotor disappeared after claiming to have a medical emergency.

Whatever money there was from autograph signings remained abandoned to be split between the wrestlers as only partial compensation. Most did not receive the full payment promised, as it was $14K less than it was supposed to be.

Josh Alexander chased the promotor down to count the money to ensure fans at least got saw the NOAH wrestlers. Other stars on the card that were shorted included Ricardo Rodriguez, and Japanese wrestlers Nakajima and Marufiji.

The 6-man tag still took place, though, as Alberto, Rodriguez, and Alexander fought Ultimo Dragon and the NOAH stars. After the match, Alberto was said to have cut a promo about the promotor not paying them their due.

It was an unfortunate situation, but the wrestlers were nice enough to entertain the fans and sign 8x10s for fans. The NOAH wrestlers weren’t paid at all, so the promotion will likely have to chase down what they are due.