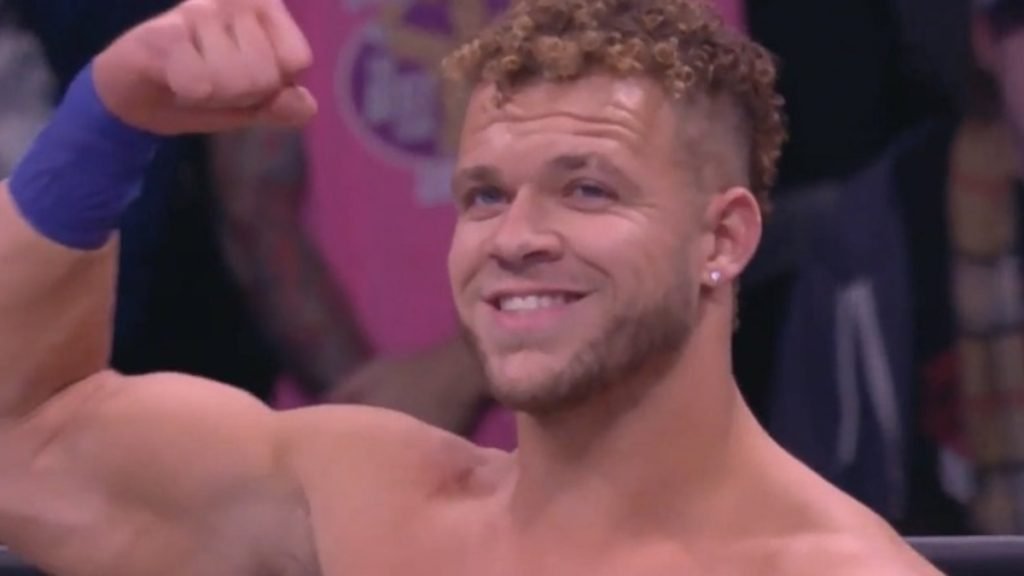 After a shocking victory over Chris Jericho this past Wednesday on AEW Dynamite, Action Andretti reflects on his debut.

This week’s Dynamite saw another incredible debut of a new young and rising star in Action Andretti. No one had high expectations of him, and they had even less when Chris Jericho was revealed as his opponent.

If nothing else, most fans assumed that the match would be an easy win for the former world champion. However, after nearly 10 minutes of back-and-forth action, Andretti pulled off a shocking victory with a running Shooting Star Press.

Not long after, AEW President Tony Khan announced that the new star had been officially signed to the company.

Action Andretti Gives His Thoughts on His Debut

With his first TV match behind him, Action Andretti sat down with Busted Open Radio to speak on his debut. He admitted to being nervous at first, but when Jericho’s music hit, he had his game face on.

“The nerves were definitely there, the butterflies are always there, I knew I couldn’t be nervous once the bell rang, you know?” Andretti said. “I could let it all out in the back, but once I was in that ring, and I hear Jericho’s music going, and the people singing, and the flames going off, I had my game face on through all that. I still knew it was time to get down to business and put on my best performance.”

Following Action Andretti’s victory, expectations will likely be high for the new star going forward. Despite this, he explained that he feels ready for the pressure because there will always be doubters regardless.

“I’m super ready because I understand with all the love you get, there will always be some hate that comes with it. I’ll never let it bring me down. Nothing that anybody says can take away the feeling I’ve had these past 24 hours. After that match, I did not sleep at all.” (H/TWrestlingNews.com)

Whatever is next for Action Andretti, the fans wait eagerly to see if he can continue his momentum.