Naomi Has Been Moved From Raw To Smackdown 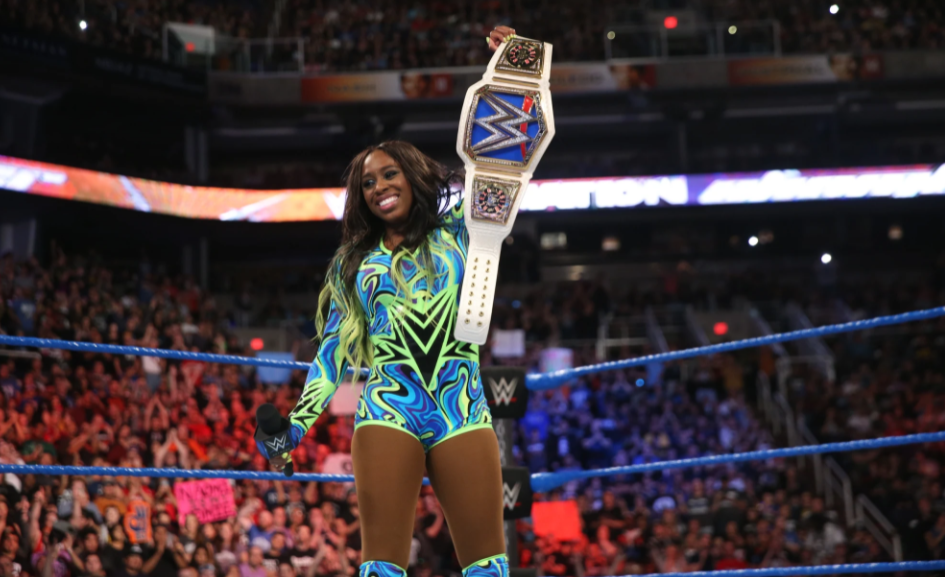 It has been reported that former women’s champion Naomi has been subtly moved off Monday Night Raw and placed on Friday Night Smackdown. It is being reported via multiple sources that the inside word is this, despite her still being displayed as a Raw star, and representing the red brand last night in the Money in the Bank match.

She’ll join a revitalized roster on the blue brand, now that NXT stars Shotzi and Nox, as well as Toni Storm have made the same transition. But also despite not being a main eventer, will leave another hole in a depleted Raw roster that in the last year and a half, has lost as many superstars to pregnancy than it has had title changes.

Naomi’s glow gimmick is always able to provide a spark to a match, and as long as the news is legit, shouldn’t get terribly lost in the shuffle, especially having a whole new crop of opponents.

It remains to be seen how the Raw roster will answer. It is still serviceable, but perhaps the rumoured Bella’s or even Becky Lynch would put them back on par with the Smackdown women’s division.