MVP Had A Broken Rib From Randy Orton After RAW 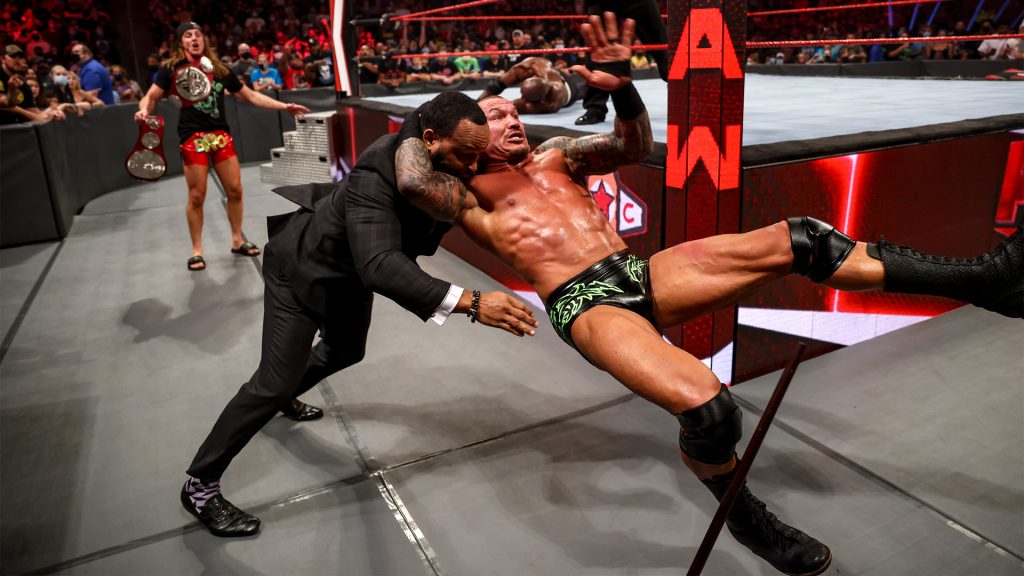 WWE has announced that MVP suffered storyline injuries at the hands of Randy Orton from this past Monday Night RAW.

WWE tweeted, “BREAKING: Due to an RKO from @RandyOrton this past Monday night on #WWERaw, @The305MVP suffered a broken rib and is out indefinitely.” (H/T WrestlingInc.Com)

As noted earlier, MVP teased the return of the Hurt Business after he took to Instagram to post a picture of him sitting alongside Shelton Benjamin. The Hurt Business was split up in late March after Lashley dismissed Benjamin and Cederic Alexander from the group in an in-ring segment.