Multiple Title Changes Occurred at ROH Best In The World 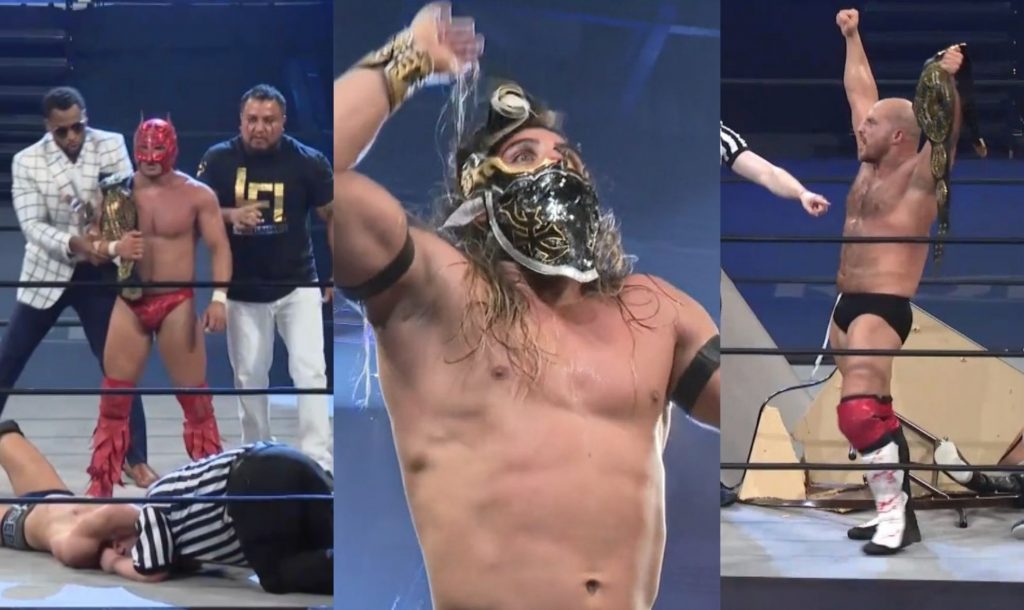 Ring of Honor got some new champions last night at their PPV, Best In The World.

Firstly, Dragon Lee was unable to compete for the ROH TV Title at their 19th Anniversary show after a ruptured eardrum. But Lee has returned healthy again and regained his ROH TV Title after beating Tony Deppen in an awesome, fast-paced match.

Secondly, Jonathan Gresham had to step in for The Foundation after Tracy Williams was unfit to do the ROH Tag Team Titles match against Violence Unlimited. The two teams battled it out in a back-and-forth bout with many near falls, but Violence Unlimited emerged victoriously and became the new ROH World Tag Team Champions.

Last but not least, After defeating five other participants in the Survival of the Fittest elimination match, Bandido won the right to compete for the ROH World Title belt. RUSH has held the title since Death Before Dishonor XVII in September 2019, with the exception of a two-month period from December 2019 to February 2020. Rush has only been pinned once since joining ROH, by PCO.

Bandido beat RUSH in a brutal main event to capture the ROH World Title, being the second person who only pinned RUSH since his debut.

RUSH and La Facción Ingobernable assaulted him and left him laying in the center of the ring as the show went off the air, so the partially de-masked Bandido didn’t have much time to celebrate.