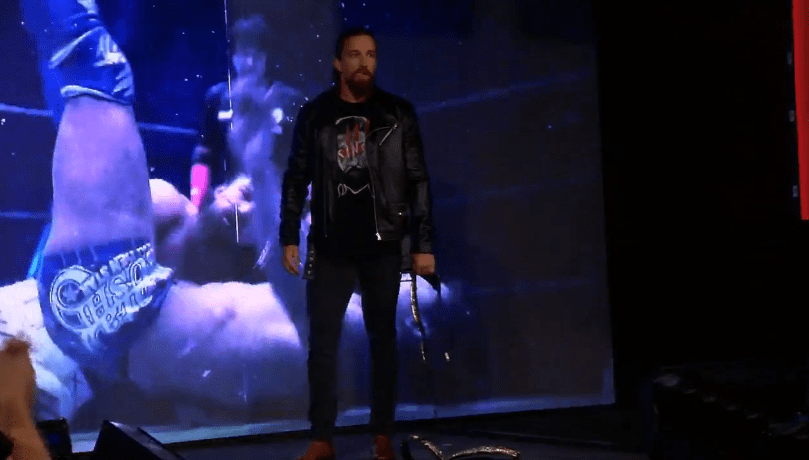 Impact Slammiversary 2021 I think can be summed up with one word, “Surprises”

I will sum up all of it for all the surprises and explain some background stories about them.

First thing first, Chelsea Green made her presence felt at IMPACT Slammiversary. Chelsea Green, Cardona’s fiancee, was recently released by WWE and made a surprise cameo at ROH Best in the World. She was also known as The Hot Mess Laurel Van Ness on IMPACT. Green is a former Knockouts Champion and worked for the promotion for two years (2016-2018).

Secondly, A vignette foreshadowing the entrance of “The Drama King” debuted during IMPACT Slammiversary. While no name was given, the former Aiden English (now known as Matt Rehwoldt) is known as “The Drama King” and tweets as @DramaKingMatt.

Up next, we got the debut of the charismatic, No Way Jose. He made his IMPACT debut as Fallah Bahh’s mystery partner at Slammiversary. Bahh was supposed to pair up with TJP, however, TJP pulled out of the match on Friday, according to IMPACT.

In April of 2020, WWE released No Way. As Levy Valenz, he wrestled in a handful of independent contests.

We also got a surprise in the Knockouts Title Scene. Gail Kim brought out Thunder Rosa to fight Deonna Purrazzo. Purrazzo was able to adapt and defend despite not being able to prepare for Rosa, defeating Rosa with the Queen’s Gambit to successfully defend the IMPACT Knockouts Championship.

Rosa is presently under contract with the NWA, but since September 2020, she has been a fixture on AEW programming. She has previously won the NWA Women’s Championship.

Mickie James showed up after the match and offered Purrazzo to fight at NWA EmPowerrr on August 28. Purrazzo was upset that James had come out to ruin her moment, but things didn’t turn out well for her as James knocked her out with the Mick Kick.

James is the Executive Producer of NWA EmPowerrr, an all-pay-per-view women’s event that will take place under the NWA brand. James has stated that she wants to mix up-and-coming talent with established performers.

“We’ve been told that there have been talks of NWA and IMPACT wrestling working together more, following a period where they didn’t at all,” Fightful Select (subscription required) wrote on July 15. The revelation came as a result of IMPACT releasing Kylie Rae from her contract in order for her to join NWA.

and last but certainly not least, the current NEVER Openweight Champion, Jay White, appeared at the end of the brutal match between Kenny Omega and Sami Callihan at the main event of Slammiversary. White is the current NJPW NEVER Openweight Champion as well as the head of Bullet Club, a faction to whom Omega and The Good Brothers formerly belonged.

which one of these surprises is your favorite? tell us in the comment section below!!