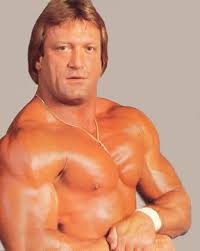 Paul Orndorff, a Hall of Famer in multiple wrestling organizations including WWE has died at the age of 71.

Debuting in 1976, Orndorff got off to a strong start, winning his first championship in wrestling against Jerry “the King” Lawyer in 1977.

By 1983, Orndorff had signed with the World Wrestling Federation now known as WWE. Debuting as a heel being managed by Piper, Orndorff quickly entered the title hunt only a month after his debut and the first to challenge “Hulkamania.”

After falling to Hogan, Orndorff would assist Piper in matches and the lead up to WrestleMania with Bob Orton managing the two in a losing effort to Hogan and Mr. T

Later on in the year, Piper and Orton would turn on Orndorff on the first ever Saturday Night’s Main Event in 1985. Only for Orndorff to join sides with Hogan and help Hogan with defeating Piper and Orton.

Throughout the rest of 1985, Orndorff and Hogan teamed up across the country but eventually Orndorff grew jealous of Hogan’s success.

This led to Orndorff turning on Hogan after their match against Big John Studd and King Kong Bundy. For the rest of 1986, the two would feud across the country with matches in Toronto that was attended by 76,000 people and a steel cage match on Saturday Night’s Main Event IX.

The Orndorff and Hogan feud in 1986 won Wrestling Observer Newsletter’s feud of the year.

During this time, Orndorff dealt with an injured right arm and took a reduced role after the Hogan feud was over.

His last feud in WWE was against Rick Rude which ended with Orndorff’s last appearance in 1988.

After another injury, Orndorff went into retirement for the time being. Returning to face Kerry Von Erich in the independent circuit. Orndorff would appear in WCW in 1990 with a feud against Arn Anderson and multiple house show matches against “Mean” Mark Callous (The Undertaker).

Orndorff would leave before the end of 1990 and compete in multiple companies including Herb Abrams’ UWF and Smokey Mountain Wrestling before returning to WCW in 1992.

After a Television Title reign of 169 days, Orndorff’s career would end in 1995 due to his arm and legs shrinking in size. Orndorff would continue to work in WCW as a road agent.

After a quick return to the ring in 1999, Orndorff would finally retire after a neck injury in a match.

2014 would also mark Orndorff’s last appearance in WWE with an appearance at Hogan’s birthday celebration on Raw.

in 2017, Orndorff would have one last match in Canada, winning a six-man tag team match.

Orndorff had been in bad health for the past couple years which included a battle with cancer in 2011 and dementia that had Orndorff in a nursing home.

Travis was able to remove his father from the facility after posting a video in May of this year showing Orndorff in bad shape.

A GoFundMe has been created to help with Orndorff’s final expenses.

Rest in Peace to one of the greatest wrestlers of all time.