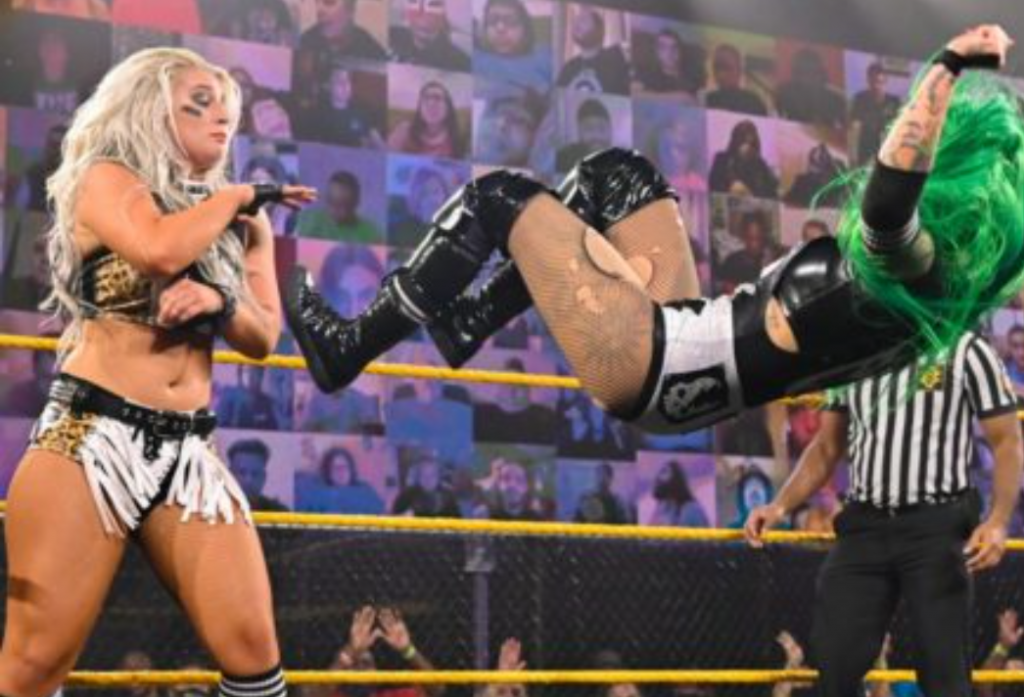 Shotzi Blackheart worked a dark match at last week’s Smackdown taping against Scarlett, whilst this would be the first time, apart from 2 Royal Rumbles, that Toni Storm would have worked a match in Main Roster territory.

The least known out of these names may be Odyssey Jones. Jones has been signed with the WWE since 2019, formerly under his real name “Omari Palmer”. He last wrestled at an NXT live event in March of 2020 and hasn’t had a documented match since then.

This news comes after reports that Vince McMahon visited the WWE Performance Center to scout talent. There has also been reports recently that Karrion Kross, Scarlett and Bronson Reed have wrestled dark matches at WWE Main Roster tapings.