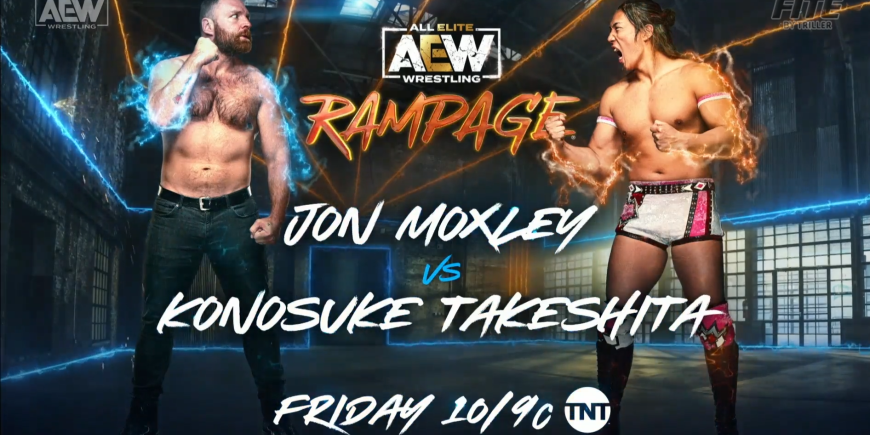 Jon Moxley will first compete against Konosuke Takeshita in a crucial singles encounter. After declaring on Dynamite that he would compete against any AEW wrestler on Rampage, Moxley announced this match. This will be the second encounter between Moxley and Takeshita. The first time Moxley faced off against Takeshita was at July’s AEW Fyter Fest Week 1, when Jon Moxley was the AEW interim world champion. While Takeshita is 2-0 since officially signing with the promotion, this will be Moxley’s first bout since dropping the AEW World title at Full Gear last month to MJF.

The Firm’s Lee Moriarty and W. Morrissey will wrestle in tag team action on the program.

In addition, Ruby Soho, Tay Melo, and Athena are scheduled to speak on the program.

As was initially stated, Hikaru Shida will wrestle The Bunny in a Regina Di WAVE Championship match. The winner of the match will get a future title shot for Jaime Hayters AEW Women’s Championship.

According to PWinsider, Jon Moxley vs. Konosuke Takeshita will start AEW Rampage.