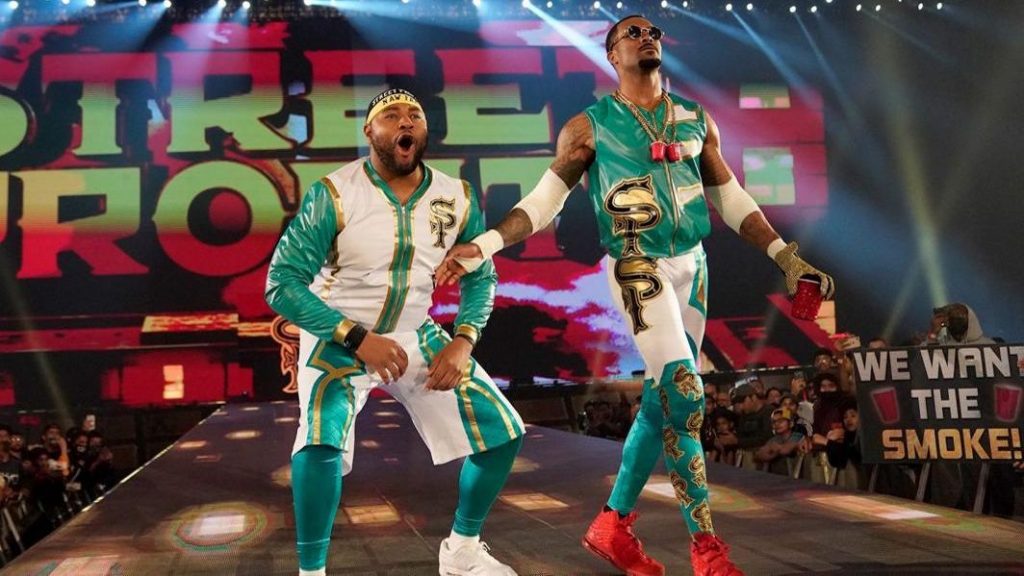 The WWE last saw The Street Profits at a live event back in September. Shortly after it was revealed Montez Ford was going to be sidelined due to a calf injury.

Recently Ford stated that he has fully recovered from his injury and has been discussing plans for his return and that him and Angelo Dawkins have the Undisputed Tag Team Championships in their sights.

Montez Ford on his return and future plans

Montez Ford was recently on an episode of The Today Show with his wife and RAW Women’s Champion, Bianca Belair. On the show, he confirmed that he has fully recovered from his injury and is picking the right moment to make his return.

“100% now (recovered from a calf injury). I should be back pretty soon. You know, just picking my spots and making sure that when I arrive, the mission is still, with my right-hand man Angelo Dawkins, to go for the Undisputed Tag Team Championships.”

He also added that The Street Profits have their eyes set on the Undisputed Tag Team Championships. They haven’t had a lot of success challenging The Usos in the past, but he hopes they will be the ones to put an end to The Usos historic title reign.

WWE superstars and power couple @BiancaBelairWWE and @MontezFordWWE talk about their big event “Survivor Series WarGames” and exclusively announce their new reality series which will air on Hulu.

(& Belair also shares that she makes her own in-ring gear!) pic.twitter.com/AyYfWFRtT0

On to other projects, Bianca Belair and Montez Ford also announced their eight-episode reality show on Hulu.

“We’re excited” said Belair. “People get to see who we are in the ring but now they kind of get to see who we are outside the ring, pulling the curtain back a little bit.” When asked if filming for the show has begun, Montez Ford responded by saying “It should be happening in the next few weeks, two-to-three weeks.”

Between his upcoming WWE return and the filming of his new reality show Montez Ford has a lot ahead of him. Keep an eye on WrestlingRepublic.com to follow the latest news on Montez Ford and The Street Profits.